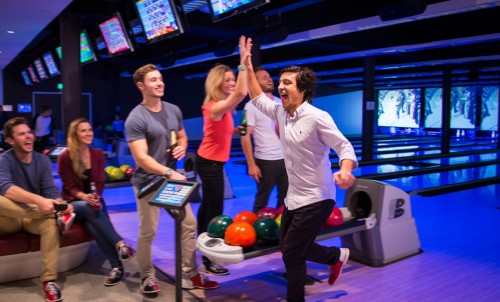 Ardent Leisure has sold off its bowling and entertainment centres for $160 million to The Entertainment and Education Group, owned by private equity Quadrant and the Steinberg Family.

Proceeds will be funnelled to the remaining operations of Main Event in the US and the Dreamworld theme parks on the Gold Coast, Queensland.

Ardent has now sold all of what it considered “non-core assets”, its Goodlife Health Clubs division, also sold to Quadrant, d'Albora marinas and its AMF and Kingpin bowling and entertainment centres.

The sales were part of the proposals forwarded by the new Chairman Dr Gary Weiss and his Ariadne Australia group, during its campaign this year to get board representation at Ardent, to "restore shareholder value" to investors.

Following that campaign, Dr Weiss and his fellow Ariadne Director Brad Richmond gained the board seats and are now implementing their proposals.

The year also saw the departure of two Chief Executives, Deborah Thomas and latterly Simon Kelly, who was in the role for just five months.

Currently the group is undertaking a search for a new Australian-based chief executive.

At the Ardent annual shareholder meeting in November, Dr Weiss vowed to unlock value at the Dreamworld theme park on the Gold Coast as part of his greater plan to get the company "back on track".

He said the new board was working "collaboratively and collectively" to return shareholder value by improving the two business divisions of entertainment and bowling in Australia and the Main Event centres in North America.

Dr Weiss stated "we are now looking at a range of options for our two businesses in the US and at Dreamworld to enhance shareholder returns.

"At Dreamworld we are well under way in the review of the surplus land at Dreamworld. There is significant development potential but we are not rushing into anything."

Dr Weiss said the goal for the theme parks is to "reinvigorate customer attendance through the introduction of new attractions and further expanding strategic partnerships, as well as continuing to explore opportunities to develop the surplus land."