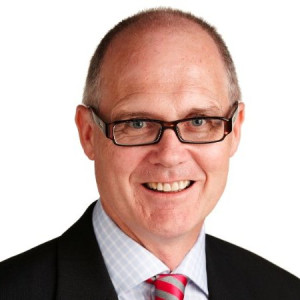 Ongoing turmoil at Ardent Leisure, operator of Gold Coast theme park Dreamworld theme park, has continued with its Chief Executive Simon Kelly set to leave the company after less than five months in the role.

The change follows activist investor Dr Gary Weiss have taken on the role of Chair of Ardent’s board, backed by US-based executive Brad Richmond.

In a statement to the ASX, Ardent said Kelly's resignation from his roles as Chief Executive and Managing Director was effective immediately.

Kelly - a former senior executive at Nine Entertainment - took over from former Deborah Thomas in April in the wake of four fatalities at Dreamworld last year and a slump in its US based-operations.

With Dr Weiss reportedly taking a more hands-on role in the business, he advised in the statement to the ASX “the Board of Directors is disappointed with Simon's resignation and would like to thank him for his contribution to the Group and wish him well in the future.”

Ardent also released a trading update noting conditions at Dreamworld remained challenging, although the business was above "break-even" and operating in line with expectations.

Its US-based Main Event business reported marginally higher revenues compared to this time last year, although the result was flattened by the recent hurricanes that hit southern states.

Dr Weiss added “the Board continues to work collaboratively and remains unanimously committed to the previously announced strategic initiatives.”

Chief Financial Officer Geoff Richardson has assumed Kelly’s role on an interim basis, while board member Brad Richardson will take control of the US business.