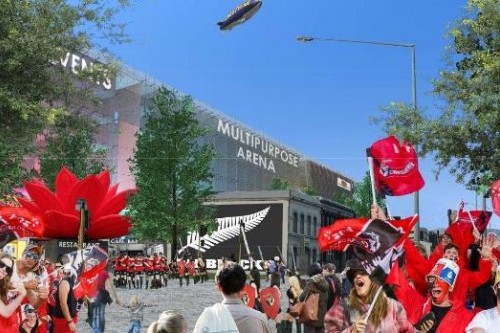 With a series of options still being considered for Christchurch’s planned new stadium, architect Thom Craig has today written about the importance of the city’s plans to “a multi-purpose arena that will stand the test of time and be relevant and functional in 50 years' time.”

Writing for Fairfax NZ, Craig an advisory trustee of the Multi Purpose Arena Trust who has been involved in the design of the Christchurch Convention Centre, the Centennial Pool, Westpac Stadium in Wellington and who is a consultant on projects for stadia in Doha, states “Christchurch requires legacy outcomes that allow for flexibility in our city planning and strong engagement with Christchurch's community spirit. Compromise, cost cutting and short-term thinking will result in a stadium that may well be regarded in the future as flawed, both in conception and execution. That would be disastrous.

“Christchurch can achieve a great outcome in the replacement of its damaged stadium, but the collective will of everyone in Christchurch to argue, challenge and influence the thinking of those empowered to deliver on the people's wishes is very relevant.”

He cites a 2015 survey of 770 people, commissioned by the Canterbury Rugby Football Union and conducted by Research First, which came to the following conclusions:

• 94% thought it was important for Christchurch to be able to host a variety of large-scale national and international events;
• 91% believed Christchurch needed a modern "mixed-use outdoor events venue";
• The study also revealed Christchurch people miss events and concerts the most, not just rugby tests.

He continues “the recent Ed Sheeran concerts arguably shifted the cultural capital of the South Island to Dunedin. Our population is 400,000 and Dunedin's is 120,000.”

It has been estimated that around a third of attendees at Sheeran’s Dunedin concerts came from Christchurch, leading to traffic delays on the State Highway 1. 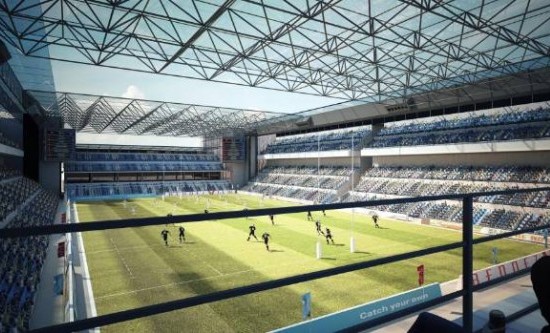 Craig adds “without engagement and mobilisation, we may get a decision from the Government and the Christchurch City Council that will result in a very poor short-term outcome.

“We are aware of organisational and individual power plays that have characterised the stadium rebuild over the last seven years. With the new Minister for Regeneration in place, it is time for clearly articulated, focused and simple strategies to deliver creative, unique and robust outcomes.

“To date, the Government has acquired an important central city commercial site for the stadium replacement at a cost of $37 million. It appears that there is a realistic chance that the Government and Council may try to convince the people of Christchurch that an uncovered sports facility should be constructed for approximately $350 million. That is several significant steps backwards from the original multi-purpose arena concept that Geoff Saunders and I promoted four years ago.

“Having worked for 30 years in Christchurch as a practising architect, I believe that a carefully orchestrated delivery timetable can give the city an exciting world-class multi-purpose arena. This should be a ‘people place’ for everyone.

“If all the features of a first class facility are not affordable at this stage, then there must be the ability for the stadium to be upgraded to meet the test of a legacy project with the absolute maximum amount of public access and usage. On what is a wonderful site, nobody wants to see an uncovered rugby stadium sitting unused for 300 days of the year.

“The site, bounded by Madras, Hereford, Brougham and Tuam streets, is of a scale and location where linkages to the existing and planned fabric of the city (for example, East Frame housing) will generate an important node in the city's ongoing development.

“The planning should be a holistic, three-dimensional spatial exercise that addresses planning, build technologies and commercial vibrancy. We should build a cultural road map that will allow future generations to move forward, adapt and transform the site.

“Our city should not tolerate a cookie cutter solution to simply expedite the easiest and cheapest way forward. The site requires a strategised planning process that combines both community involvement and civic vision.

“There should be two clearly defined stages. The first is to commence building a covered multi-purpose arena appropriately positioned on the site to maximise the site's value. The second stage would be to integrate dense commercial activities around the arena's base and on the remainder of the site.

“A roof will cost approximately $60 million to $80 million, but the lack of a roof will cost many times more than that figure in lost income to the city over time. We would be surrendering test matches and concerts to Dunedin on a regular and permanent basis. All major stakeholders such as hospitality, accommodation, property owners, and the key tenant, rugby, need to be involved in the planning, along with the community as a whole.

“A masterplan, bringing together the full planning potential of the site and its connectivity and impact on the surrounding precinct, should be a visionary document. It must always be present in ongoing discussions, with all parties involved in the delivery of this key anchor project. The younger generation understands the need for flexibility.

“The Government, the Council and the people of Christchurch need to unite to create a vibrant destination in the heart of the city that will attract people from all corners. Access is good and public transport is nearby.

“Our city badly needs an iconic multi-purpose facility delivered as quickly as possible. In the meantime, the projected delivery date of four to five years (12 years after the earthquakes) is costing our city - dearly."

Images: Renderings of a potential multi purpose arena for Christchurch.