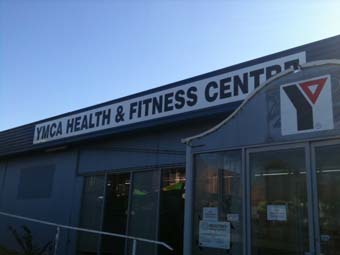 With Ararat set to be the location for part of The Biggest Loser season nine, the Victorian town's fitness facilities are currently being used by contestants in the reality TV show.

Chosen because of its high demographic of obese and overweight residents, a characteristic of many communities in regional Australia, up to 100 local contestants are believed to be participating in the filming, which is being undertaken in both Sydney and Ararat.

Contestants in the show, which is expected to be broadcast later this year, are aged from 18 to 60 and are battling with weight issuses.

Explaining why the producers of The Biggest Loser had chosen Ararat, Channel Ten casting agent Kirsty de Vallance told local media "we want the people of Ararat to show Australia that making a healthy change to their lifestyle can be achieved."

Filming of The Biggest Loser has coincided with a series of improvements at the Ararat YMCA.

To cater for increased demand, the facility has received a face lift, with new branded signage being installed in the stadium, pool area and reception along with new fitness spaces and a range of new equipment.

YMCA Grampians Region Chief Executive Brooke LeSueur told local media "more people are coming through our doors each day and some immediate changes will ensure that everyone has access to first class equipment and exercise facilities.

"There is a whole range of new equipment in the cardio area, the gymnasium has been relocated and shifted around to allow better use of the equipment and space; and there is a brand new Personal Training Studio."

The Ararat YMCA has also augmented its staff team with staff from the YMCA New South Wales.

LeSueur explained "Chelsea, Shaun and Lachlan have come down from Sydney to spend a few weeks with the Ararat YMCA team and members, to improve the provision of the health and fitness programs and help users become familiar with the revamped space and programs, which will be in place from here on in."