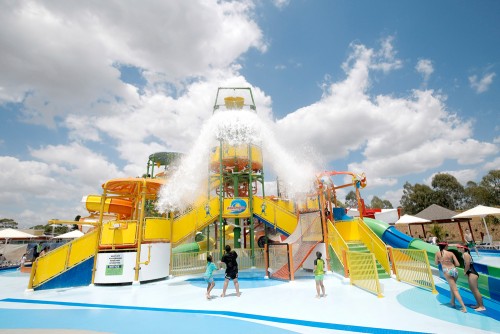 The $7.5 million aquatic attraction is advancing rapidly. It offer more than 170 water features including a 10 metre high giant water slide tower, a 12 metre high adventure aqua tower and, as of early next year, a StingRay surf simulator.

Fairfield City Mayor Frank Carbone was one of the first to use one of the 10 metre slides – in suit and tie!

The Mayor challenged Councillors who were present to join him and Councillor Dai Le and Anita Kazi also took to the slides in street wear. 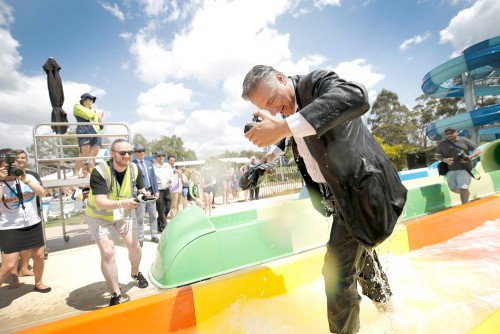 A passionate advocate of the project, Mayor Carbone thanked all those involved in building Aquatopia, stating "this truly was a combined effort.

“It was an effort between Council, the community, the builders, and Council staff.

“This waterpark was built because, after the elections of 2012, Council identified a clear intention to provide facilities in our City for families.

“This philosophy is about bringing the community together under three important ingredients - it’s about families, affordability and bringing mum and dad together with their kids.

“Our City is the premier place in south-west Sydney when it comes to affordable activities for families.”

Much of the work on the attraction was completed by Coffs Harbour-based Swimplex Aquatics using Polin Waterparks technology. 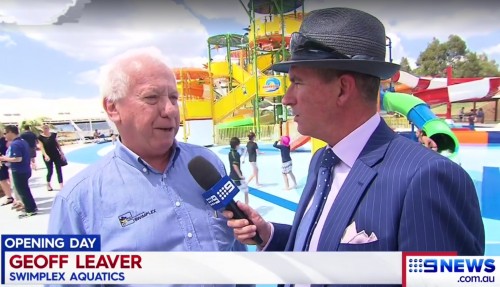 When interviewed by Channel Nine during the opening, Swimplex Aquatics Director Geoff Leaver explained “you have to bring families back to old pools, not everyone wants to swim up and down in a rectangular hole.”

Prices start at $14 for individuals, with a family pass for $45 costing for Fairfield City residents.

For non-residents, the cost is $17 for individuals, and $55 for a family pass.

Family passes are for two adults and two children or one adult and three children. 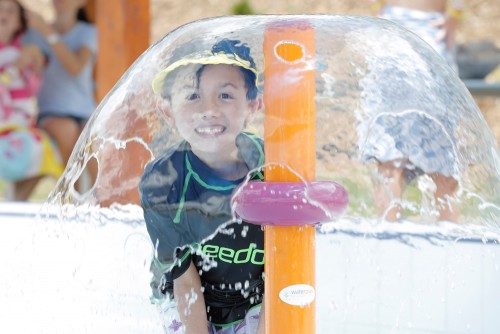 On selected days Aquatopia’s family pass will allow an unlimited number of children after 5pm for only $30.

Families can enjoy Fairfield’s newest attraction every day of the school holidays and every weekend in summer between 10.30am until dusk.