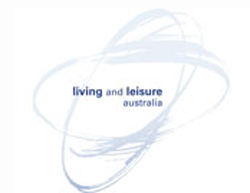 The Living and Leisure Australia Group (LLA) has recorded its second consecutive annual loss, falling $2.76 million into the red.

The Group operates the Mt Hotham and Falls Creek Ski Resorts through Australian Alpine Enterprises (AAE) and the Melbourne Aquarium; Underwater World on the Sunshine Coast; Siam Ocean World in Bangkok, Thailand; Busan Aquarium in Korea and Shanghai Chang Fend Ocean World in China through the Oceanis Group along with the Otway Fly and Illawarra Fly Tree Top Walks.

Prolonged closure of Siam Ocean World, due to political instability in Bangkok, and a fall in visitor numbers at its Shanghai aquarium were partly to blame for the aquarium division's earnings before interest, tax, depreciation and amortisation falling by $3.9 million to $15.3 million.

However, LLA's skifields business raised EBITDA by 11% to $48 million, as it maintained skier days and grew yield by 4.5%.

Schryver added that with property development not being a key focus of the business, LLA planned to sell all non-core property holdings at Falls Creek, Mount Hotham and Dinner Plain in an orderly fashion, depending on market demand. The sale would be used to reduce debt.

In the previous financial year, the group posted a $15.4 million loss.

LLA is a former offshoot of the collapsed Queensland property business MFS and is 49% owned by Arctic Capital, which itself is part-owned by Consolidated Press Holdings - owners of the Perisher ski resort.