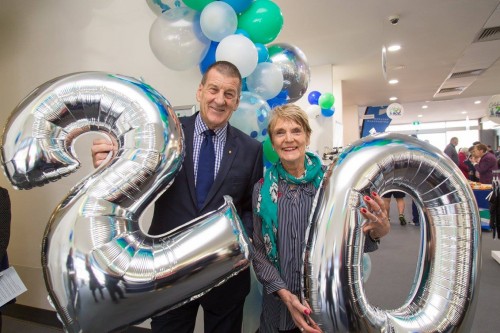 Greater Shepparton City Council has celebrated Aquamoves’ 20 years of operation in the fitness industry, two decades on from its official opening by then Victorian Premier Jeff Kennett in 1997.

The former Premier today (Tuesday 8th August) returned to Aquamoves to acknowledge the milestone date and participate in the birthday celebrations.

Aquamoves has grown to deliver a wide range of group fitness, gym and aquatic programs and attracts over 600,000 visitors each year, with an average 2,000 visitors to the centre each day. The facility also has more than 2,000 members. 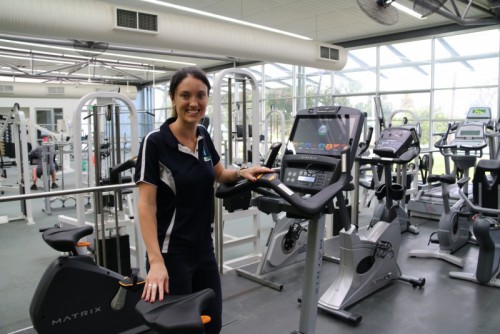 Acknowledging the important role that Aquamoves plays in the health and wellbeing of Greater Shepparton community, Mayor Dinny Adem stated “as a council managed health and fitness facility we have a vital role to play to provide access to exercise for every person in our community.”

Greater Shepparton City Council Director Community Kaye Thomson added “we provide over 90 Group Fitness sessions each week, ranking Aquamoves in the top 1% in Australia. We cater for an average 1,500 children each term in our Swim School and 90% of the region’s schools utilise our Swim School program.

“We also deliver ability-specific programs to community members with special needs and we partner with local allied health providers to deliver specialist services to provide access to everyone in our community.

“We pride ourselves on having programs to suit everyone, no matter what their needs and on offering exceptional customer service.” 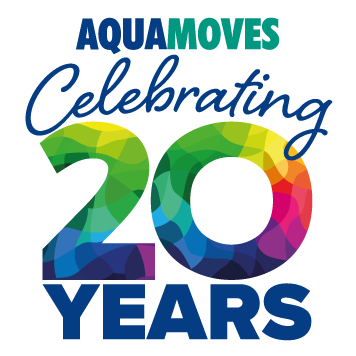 Former Victorian Premier Kennett spent 23 years as a serving member of the Victorian parliament including seven years as Premier. He was awarded the Companion of the Order of Australia (AC) for his work with the Victorian Parliament, as well as his social and economic initiatives.

He went on to become the founding Chairman of the high successful national depression initiative, beyondblue to which he devoted 17 years of his life, an organisation that is now recognised and respected across Australia.