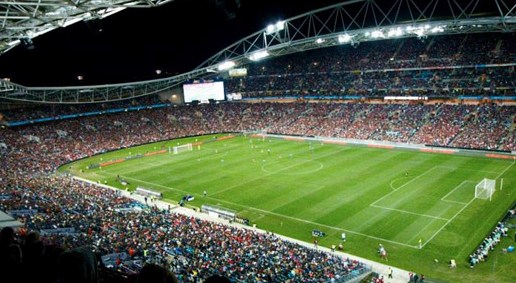 The ANZ banking group has extended its partnership for the naming rights to the former Olympic stadium in Sydney, Australia, until 2017.

The renewed deal, which will see the venue continue to be known as the ANZ Stadium, will take ANZ’s link with the venue up to the 10-year mark, with the group having began its naming rights deal at the beginning of 2008.

In 2013, the venue welcomed 1.6 million fans to more than 50 events in what was its busiest year since it hosted the summer Olympic Games in 2000.

Welcoming the extension, ANZ Stadium Managing Director Daryl Kerry stated “ANZ’s decision to extend its naming rights sponsorship also comes at a time when the Stadium Australia Group is working closely with governments and the five sporting codes to advance plans to redevelop the stadium and the surrounding precinct.

“We fully expect that, by 2017, ANZ Stadium will be well on the way to becoming the world’s leading multi-purpose stadium – a venue able to continue to attract major international events.”

When announced in 2007, ANZ's $4.5 million annual sponsorship, valued at $31.5 million over seven years, was Australia's biggest stadium naming rights agreement. The terms of the new naming rights deal have not been revealed.

The former Olympic stadium was known as Telstra Stadium from 2002 to 2007.