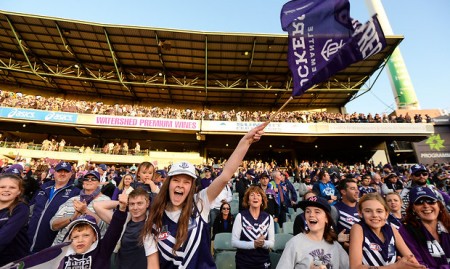 With September already having been a remarkable month for AFL in Perth, the city’s Domain Stadium is set to experience its biggest ever weekend, with two AFL Preliminary Finals as well as the WAFL grand final in less than a 72-hour period.

More than 100,000 people will visit the Stadium across the weekend to see the Fremantle Dockers play Hawthorn on Friday 25th September, the West Coast Eagles play North Melbourne on Saturday 26th September and West Perth and the Lions go head to head in the Western Australian Football League (WAFL) Grand Final on Sunday 27th September.

Taylor stated “this is the ultimate finale for us, with more than 14,500 combined man hours to maintain Domain Stadium and all aspects of venue management during weekend.

“Following the successful Qualifying and Elimination finals weekend, I am confident that we will deliver the best fan experience yet for the three games.

“We have increased fan facilities across the stadium to cater to crowds that will be between 98% - 100% capacity, including additional bar areas, food offerings and toilets.”

“We are increasing our innovation efforts on the ground. For the first time at Domain we will use digital signage that will be projected onto the turf for the McDonalds WAFL grand final, visible from those watching on their TV at home. This technology will save more than 30 man-hours throughout the weekend.” 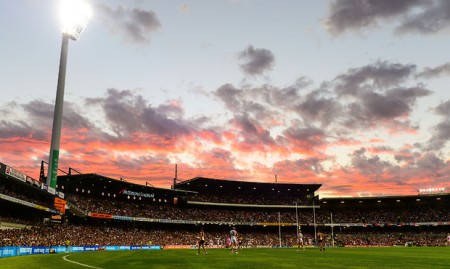 “In addition, we will use the technology of our locally-developed ‘Stadium App’ to centralise all our venue management systems. This app has just been shortlisted for ‘Best Product or Service’ by the Australian Event Awards and assists with all aspects of event management, including customer service, food and beverage operations and security.”

“The whole game day experience for fans is our biggest priority, so to ensure a great experience both pre and post game we have increased the entertainment in our Fan Zones at Gates 7 and 19 that will be open one and a half hours prior to bounce down. Here people will be able to soak up live music from local artists, a range of food options, big screens and bars. We encourage people to arrive early to make the most of the additional entertainment on offer.”

“While there will be increased security, we have streamlined our processes so that anyone without a bag at Gates 8, 10, 19 and 26 will be able to go through an express security lane, avoiding queues.”

“Fans are encouraged to support their teams passionately, however to be aware that any antisocial behaviour will not be tolerated by us or the AFL.”

Walton stated “In excess of an estimated $1million earned from these events will go back into grass-roots community football, ensuring the West Australian Football Commission continues to develop the game in Western Australia.”

Perth Stadium Management will continue to deliver events at Domain Stadium after the football seasons ends, with two AC/DC concerts, Fleetwood Mac and, for the first time in Western Australia, Monster Jam.

These events are all scheduled over the next three months.