Anglesea to welcome over 2,000 runners for festival weekend 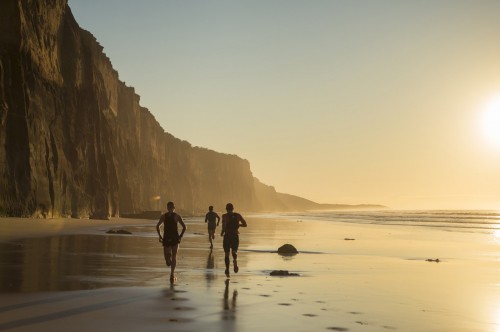 Over 2,000 thousand runners are making the journey to Anglesea on the Great Ocean Road this weekend for a massive trail running festival weekend.

The action begins on Friday night (2nd September) with the fun 2 kilometre Kids Run, continues with the Surf Coast Century on Saturday, starting and finishing at Anglesea, Victoria, and culminates on Sunday with the fourth race of the HOKA ONE ONE Trail Running Series.

This is the fifth year of the Surf Coast Centurywhich has built a reputation as one of Australia's must-do trail running events.

Defending champion and two time winner of the Surf Coast Century Kellie Emmerson from Melbourne who claimed the prestigious National Title last year in a record-breaking performance of 9 hours, 18 minutes she was very much looking forward to getting down to the Surf Coast for the event. 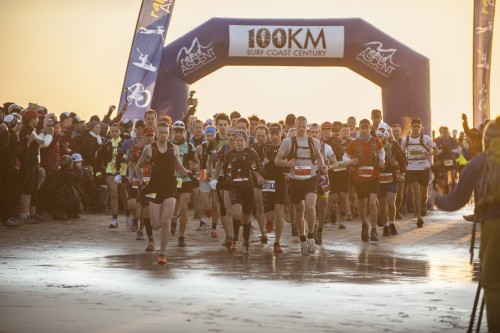 Emmerson stated “running the Surf Coast Century over the past two years I've learned a lot about myself and my training. After conquering 100km, my perspective changed forever. I can't wait to bring some more knowledge back this year.

“I spent my childhood holidays on the Surf Coast so I kind of feel like it is my home turf (and) this is one of my favourite races, bringing together my love of the beach and the bush.

“I love the beauty of the trails and the challenge of the distance, and even more importantly, the community.”

Runners are travelling from around Australia and increasingly overseas to experience the spectacular landscape the region has to offer and for the ultimate satisfaction of completing such an event.

Leading the field in the men’s event will be 2013 champion Ben Duffus from Brisbane, 2015 runner-up Ross Hopkins (Mansfield), and New Caledonia’s Oswald Cochereau.

The Surf Coast Century is considered to be an ideal event for those tackling their first ultra marathon. The course is challenging yet achievable, event logistics are easy and the event vibe is very supportive.

The course design is a figure eight with Anglesea being the start, half way point, finish and the event hub. This enables great spectator access the whole way around which lends itself to a really supportive event atmosphere.

There is no other 100 kilometre course like it in the world, being run amid the the magnificent scenery of Victoria’s beautiful Surf Coast and Great Ocean Road region amid lancmarks including towering sea cliffs, amazing tree ferns, lighthouses, waterfalls, scenic lookouts, famous surf beaches, and remote wilderness.

Those who compete in the HOKA ONE ONE Trail Running Series also get a taste of what the coast has to offer as they run across 7 kilometre, 15 kilometre and 23 kilometre of trails in Race 4.

Each of the five events in The Series include short, medium and long course racesoffering plenty of carefree, smile-inducing running through some magnificent natural landscapes all within an hour drive of Melbourne. 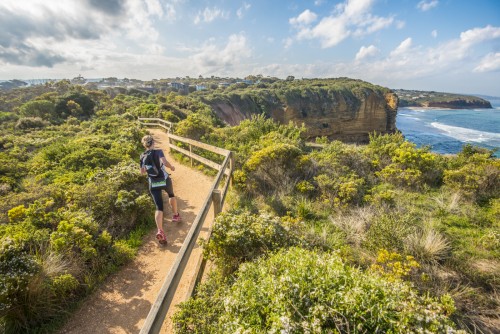 Rapid Ascent Event Manager Sam Maffett explains “we are so excited to be welcoming runners from all over to this awe-inspiring trail running festival weekend in Anglesea including the fifth edition of the Surf Coast Century.

“These are must-do trail running events and an incredible weekend whether you are competing, running for fun, fundraising for charity or on the sidelines cheering along your friends or family. The variety in the terrain and scenery of the coursesmake themso unique, and when you cross that line, you can proudly count yourself among the finishers of one of Australia’s truly iconic ultra marathons and trail running events.”

To find out more about the events visit www.surfCoastCentury.com.au and www.HokaOneOneTrailSeries.com.au