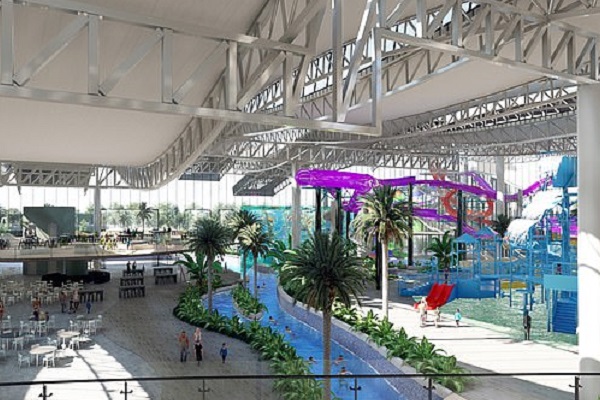 Private sector investors have today unveiled a proposal to develop a $100 million waterpark at Dingley Village in south-east Melbourne.

The announcement of Zagame's Wild Water Park claims it will be “the biggest waterpark in the Southern Hemisphere” with dozens of slides, a 423-metre long lazy river that will take guests underneath a massive freshwater aquarium, an interactive ski-slide and 180-degree surf pool.

The waterpark, which will also include a vegetable garden, aquarium and a variety of food and beverage outlets, will have indoor and outdoor areas with retractable glass walls and bulk heads that will seal its outdoor features allowing people to enjoy the attraction during the Melbourne winter. 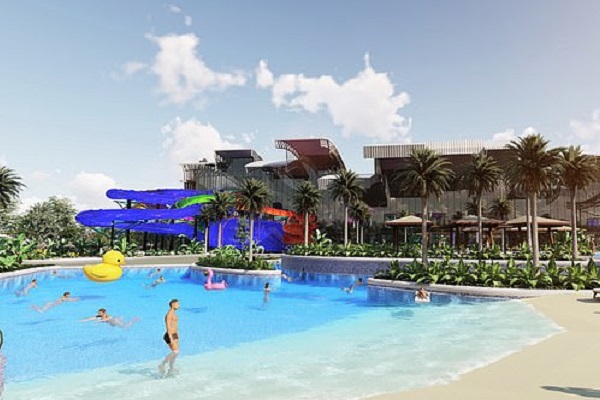 The Peddle Thorp-designed project has been proposed by the Pellicano family, who own a property and construction company, and the Zagame family, who specialises in hotels, restaurants and bars.

The development of the water park could create up to 1184 full-time jobs in the region and the completed park could potentially employee up to 600 staff.

With the City of Kingston only having seen the plans for the first time last night, Mayor Georgina Oxley was non-committal about the proposal on 3AW Breakfast this morning, advising “it’s still very new for council in terms of the planning process.”

Whether the investors would get a sufficient return on investment from a $100 million development such as this would also be open to question as the Melbourne aquatic facility market is highly competitive - the Waves Leisure Centre and Noble Park Aquatic Centre are each within 8 kilometres of the site.

In addition, with the exception of Wet’n’Wild Sydney, no all new theme or water park has been opened in Australia since 1991 and a number of proposed waterparks in Cairns and on the Sunshine Coast have stalled.

Nonetheless, waterpark attractions such as Funfields, Adventure Park Geelong and Gumbuya World, arranged in a virtual ring around metropolitan Melbourne, have been strong performers in recent years.

If the project is approved, it would take up to two years to construct, with plans for it to be open for the summer 2021.

Zagame operated the Paradise Resort Gold Coast waterpark from 2011 to 2015.