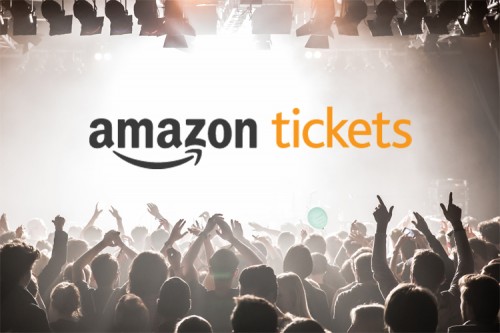 Online giant Amazon is reportedly talking to venue managers and owners in the USA in a bid to start offering ticketing services for sport and live events.

Reuters has reported that the internet shopping network has held discussions over potential partnerships with US venue owners and has approached at least one major sports league about selling tickets on the secondary market.

Reuters reports that Amazon, which began selling tickets in the UK in 2015, sees the US live events market as “ripe for attack” while rights holders want more competition and wider ticket distribution network to help boost sales.

The market Amazon would enter is currently valued at US$5 billion with analysts IBISWorld saying it has experience annual growth of 4.8% since 2011.

Currently the US ticket market is dominated by Live Nation Entertainment owned Ticketmaster which generated revenue of US$1.6 billion from initial sales of tickets to events in 2016.

In addition, Ticketmaster is estimated to have generated US$250 million in revenue from tickets sold on the secondary market.

At present Ticketmaster has the exclusive on ticket sales at many US venues, with Reuters advising “any would-be challengers have struggled to compete in the face of Ticketmaster’s strong relationships with the operators of major US sports stadiums, arenas, concert halls and other venues.”

The Reuters report suggests that consumers and venue owners are likely to be keen on the move. For consumers, who dislike ‘hidden’ ticket fees the hope is that increased competition in the ticketing market might mean lower ticket fees. For venue owners and sports leagues the lure is that more distributers would increase ticket sales.

Initially, Amazon had thought about teaming up with Ticketmaster to break into the US market. However talks apparently stalled on the question of control of customer data.

Reuters believes that the ticketing move could be part of Amazon’s ongoing mission to encourage more people to sign up for its Prime service.

For music acts and sports teams, selling tickets through Amazon could help sell their merchandise.

However, Amazon’s desire to control customer data could be an obstacle with partners uncomfortable about not having access to the people buying tickets. Rights holders are keen to maintain oversight of fans as a means of tailoring social media campaigns and book the right acts in the right places.

The Financial Times reports that the quick rally in the share price as indicating that the market believes talks between the company and Amazon could be revived.