Alma Park Zoo to become the pride of Logan 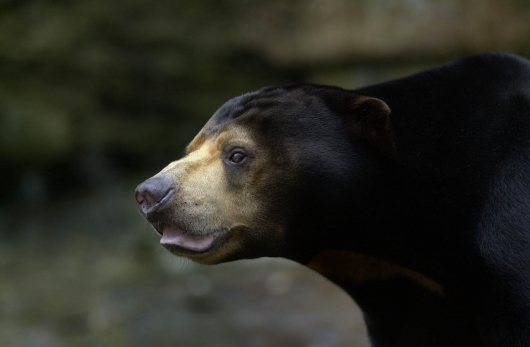 After more than 40 years at its current site at Dakabin north of Brisbane, the Alma Park Zoo is relocating to Logan City.

Logan City Mayor Pam Parker believes that the relocation of the zoo to Logan is one of the most exciting ventures to happen in the city's 30-year history and promises to be a major economic boom for the city.

Mayor Parker said the zoo would be renamed Logan's Alma Park Zoo and be located on the Pacific Highway at Loganholme.

Speaking of the relocation, Mayor Parker explains "Alma Park Zoo is one of Queensland's most loved and well-known tourist attractions and for the owners to select Logan as the place to start another chapter in the zoo's successful history is an enormous coup for the city.

"The zoo, which has firmly entrenched itself in the region as a family-orientated zoo, will kick start our tourism industry and become the centre piece of a major tourism precinct we have earmarked for Loganholme.

"Over the years, Alma Park Zoo has established itself as one of Queensland's premier tourist attractions and earned an enviable reputation for its commitment to breeding programs for endangered animals and giving guests a unique zoological experience.

"Logan's ideal location and its enormous potential make it the city of choice for the future and I am confident this exciting announcement is simply the first of many to come for our city."

Logan City Governance, Finance and Economic Development Committee Chairperson, Councillor Luke Smith (Division 6), said the relocation of the zoo would generate enormous economic benefits for Logan, adding "I am truly excited about the opportunities this announcement will bring to my immediate community and Logan City.

"This relocation would not have happened if Council did not buy this land in the early 2000s. Council purchased this land with the vision of it becoming a tourism precinct and while some may have questioned the decision at the time, this announcement today speaks for itself.

"Credit goes to our Deputy Chief Executive Mike Pickering for his visionary leadership of the Council's Logan Office of Economic Development for identifying this prime land on the highway for tourism purposes - if they hadn't Logan's Alma Park Zoo would never have become a reality.

"The strategic purchase of land is just one of the many important roles Council plays in shaping our future identity. Bringing Logan's Alma Park Zoo to Logan will certainly create a positive future identity for our city.

"The fact we owned the land when the zoo owners came looking made it possible for us to be to offer them the timeframes they needed."

Alma Park Zoo owner John Quinn acknowledged the support and encouragement he had received from Logan City Council had played a significant role in his decision to relocate to Logan.

Quinn explained that "this plan has been put before Logan City Council's relevant departments and we have received excellent feedback from all department.

"It has been refreshing to see the level of feedback and positivity, proactivity and encouragement coming from all levels of council, not only the councillors, but also the administrative staff who have been so supportive throughout the entire process.

Mayor Parker said the construction phase alone of the zoo was anticipated to generate about $48 million to the Logan economy and about 160 jobs, adding that "the operational phase of the zoo will generate about $13 million per year - or about $800 million over the term of the 60 year lease.

"(This) announcement highlights how more and more astute businesspeople are recognising just what a jewel Logan City is.

"This type of zoo is going to be unique to south east Queensland and I know it will knock the socks off people and well and truly put our city on the map."

Logan's Alma Park Zoo is expected to open to the public in the first half of 2012.

It will feature a number of distinct environment s including Asian, South American, Australian and African. A farmyard animal area will also be located near the parkland space which will include gas barbecues and extensive seating. Wide pathways will lead guests to all points of the zoo while particular attention has been paid to ensuring guests are still able to get up close to their favourite animal.

For more information go to www.almaparkzoo.com.au