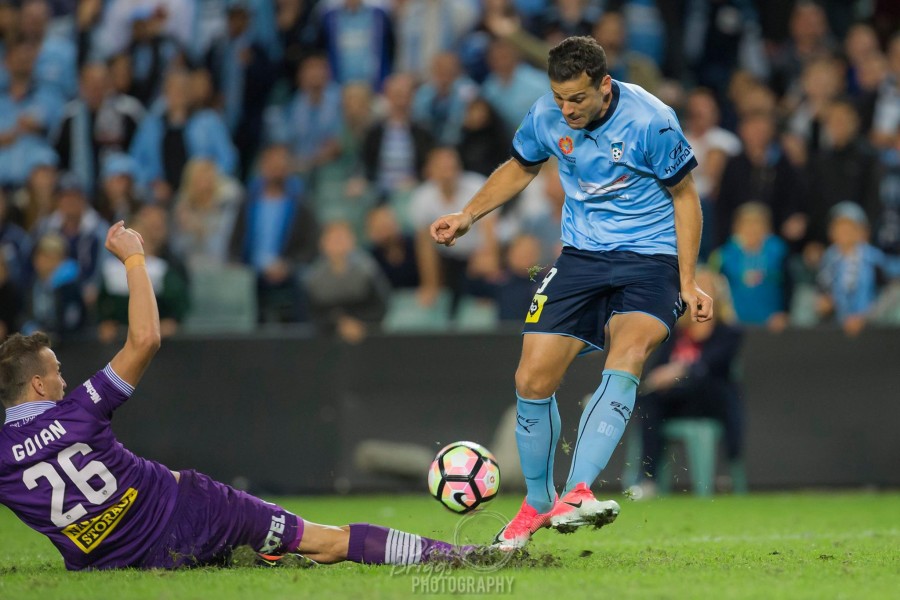 Ground staff at Sydney's Allianz Stadium will work around the clock to prepare the venue's playing surface for the A-League grand final - being held less than 24 hours staging a Waratahs Super League fixture at the ground.

Amid concerns over the quality of the playing surface, likely to be torn up by scrummaging, earlier this week Football Federation Australia unsuccessfully sought to have the Super Rugby match moved to North Sydney Oval.

Commenting on the negotiations, which were backed by the NSW Government, FFA Chief Executive David Gallop stated "these things are always more complicated than perhaps first envisaged.

"The fact is our grand final deserves a world-class surface and the traffic on Allianz Stadium makes this a challenge."

With heavy cross-code traffic from rugby and NRL, the surface wa uneven and muddy for last Saturday's semi-final between the Sydney FC and Perth Glory.

Commenting on this, Gallop added “the standard of the pitch last Saturday night had a noticeably detrimental effect on the play and we implore the (SCG) Trust to work hard on minimising the impact of the rugby match to ensure the Hyundai A-League grand final is played on a surface that befits the occasion and the stature of the Grand Final as one of Australia's showpiece sporting events."

Phil Heads, General Manager - Media, Communications and Government Relations for the SCG Trust said said ground staff will do everything they can to prepare the surface for game, telling AAP “staff will be working from full-time on Saturday right up until kick-off on Sunday.

Heads added that the stadium grass would also be cut shorter after the rugby clash for Sunday.

Over recent weeks Allianz Stadium staff have attempted to limit damage to the field with groundsmen reducing painted advertising signs on the field which damages grass and harms growth, particularly during winter.

The Waratahs also released a statement on being asked to move their fixture, advising "Saturday's Super Rugby game against the Auckland Blues will remain at Allianz Stadium.

"While consideration was given to the request made by NSW Government late on Monday 1st May, out of interest for the NSW Waratahs fans and supporters as well as other stakeholders, the game will remain at the Tahs' home ground, Allianz Stadium."