All Whites’ World Cup legacy lives on at grassroots 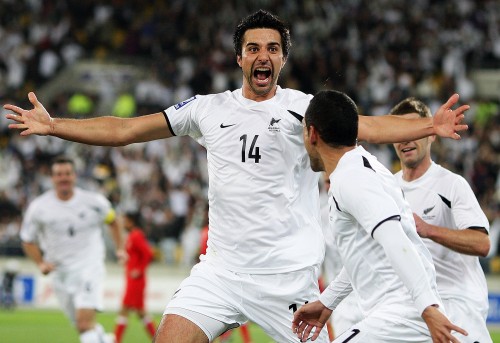 The legacy of the All Whites' 2010 World Cup campaign lives on, with future football stars through to struggling rural communities the latest recipients of funds their success in South Africa generated.

The second allocation of funds from the New Zealand Football Foundation's endowment fund will see more than $100,000 distributed to individuals and clubs throughout the country.

While the latest grants includes money to support talented players, a significant amount has also gone to helping communities provide better facilities for those wanting to play.

Foundation Chairman Andrew Clements, says making money available to rural communities where clubs are often struggling to provide facilities for young people is particularly gratifying and a fitting tribute to the legacy of the 2010 All Whites.

Clements says a number of noteworthy grants stand out from the nearly 100 applications received, stating "for example, the grant to the Hokowhitu Junior Football Club in Palmerston North will subsidise affiliation fees for newly-settled refugees and unemployed young people desperate to play the sport.

"Also the Marist Soccer Club in Whangarei will get money to help talented children get the development coaching they needed, but were unable to afford. Funds are also going towards expansion of facilities in Kawerau, an area struggling to provide resources for players."

Clements says the Foundation has been able to help a number of individual families struggling with the costs of getting their children to coaching and competitions around the country.

Last year senior All White Ivan Vicelich said he and his fellow teammates were delighted to see the fruits of their success flow through to players throughout the country.

Vicelich added "there can be no more satisfying legacy for our achievement in South Africa than having the next generation follow in our footsteps and hopefully go even further."

The fund was established with money from FIFA as a result of the All Whites' World Cup achievements. It allocates funds twice each year. The first round of payments was in October 2011 while a third funding round is expected in October this year.

The New Zealand Football Foundation has responsibility for managing the $4 million set aside by New Zealand Football from 2010 FIFA World Cup prize money for the purpose of providing long-term financial support for the growth of football in New Zealand. These FIFA qualification funds are seen as a base on which New Zealand football supporters and charitable donors can add their own contributions.

For more information go to www.footballfoundation.org.nz

Image shows Rory Fallon celebrating scoring for the the All Whites.