Alisa Camplin to step down from Australian Sports Commission board 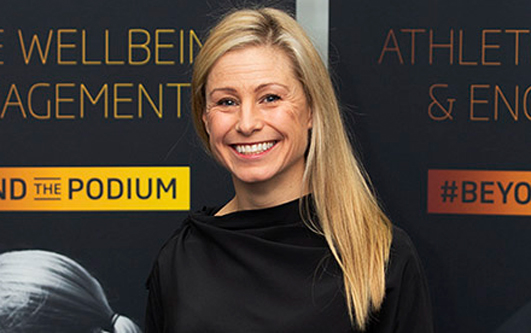 Olympic gold medallist Alisa Camplin, has announced she is stepping down from the Australian Sports Commission (ASC) Board to pursue professional and personal opportunities in Asia.

Camplin will relocate to Hong Kong with her family in August, having served on the ASC Board since 2007 and as Deputy Chair since 2017.

Commenting on her resignation, Camplin advised “it’s been a great privilege to contribute to the betterment of Australian sport.

“I’ve given my absolute best to help the Australian sports system move forward. Our athletes, coaches and officials have greater support and better opportunities than ever before and all Australians can now lead a healthier more connected and productive lifestyle.

“While great progress has been made, particularly in sports governance, direct athlete support and coach/administrator capability building, there is still more investment and commitment required.

“I believe whole-heartedly that high-performance sport underpins so much of our national identity and ‘can do’ attitude as a country, and we must protect and nurture this powerful legacy. I was definitely a beneficiary of the great Australian sporting system and I have been honoured to give back and help our next generation of athletes achieve their dreams.

“I’ve worked closely with a number of professional codes, Summer and Winter Olympic Sports, the Australian Sports Foundation as well as the Australian Olympic Committee during my time as a Director of the ASC and I thank everyone for their collective engagement and contribution to positive sporting outcomes for our nation.”

Paying tribute to Camplin’s long service to the ASC Board and Australian sport, Federal Minister for Sport Bridget McKenzie stated “beyond her gold medal winning smile at the 2002 Winter Olympics as an athlete, Alisa has set an example for excellence and has taken that into her role on the ASC Board.

“Alisa has worked hard with the ASC for more than a decade to contribute to growing Australian sport. This is an outstanding measure of Alisa’s commitment, dedication and passion for Australian sport at all levels, and it is something Alisa should be congratulated for.”

ASC Chair John Wylie said Camplin’s business acumen, sporting passion and dedication had made her a valuable contributor to the ASC Board, concluding “Alisa’s energy and passion for Australian sport has been unrelenting and in the past year she has served as Deputy Chair of the ASC and Performance Manager at the 2018 Winter Olympics in PyeongChang.

“On behalf of the ASC Board, including the Directors who have worked beside her over the past 11 years, we say thank you.”