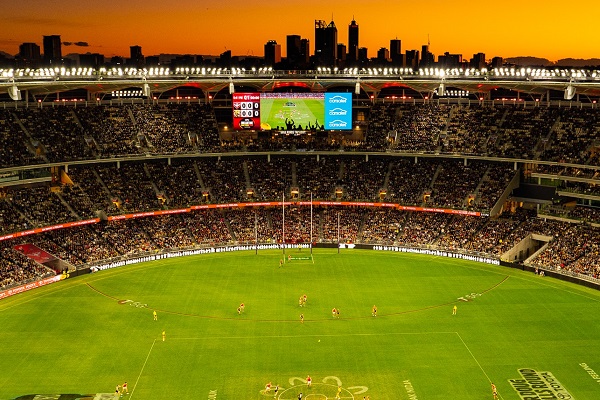 With Perth’s Optus Stadium to host the AFL Grand Final in front of fans on 25th September, reports indicate that the Western Australian Government’s hard border will not allow fans and media representatives from NSW and Victoria as well as players families to attend.

With Western Australia’s border restrictions currently preventing anyone from NSW and Victoria entering the state - even if they are prepared to go through hotel quarantine - only essential AFL staff and will be allowed to travel to Perth for the season decider.

While key AFL staff will prepare the venue for the game, this will see the likes of commentator and former Collingwood FC President Eddie McGuire prevented from being at the game.

Explaining the strict enforcement of the state’s entry requirements, Western Australian Premier Mark McGowan declared he would not let Coronavirus into Perth given its residents enjoy near-total freedom and are reluctant to give any of it up.

Warning that "very strict rules" will be in place for the hosting of the AFL Grand Final, in what he said will be an "historic moment" for Western Australia, Premier McGowan stated “(this is) a happy, exciting day, but of course it's tempered by the fact that our brothers and sisters in Victoria are going through a very hard time.

"We'll be able to hold this event in a COVIDSafe way, we'll have all the protocols in place, all the rules in place as we have the last two years to hold football and other sporting events.

"We've secured this event on our own terms and we've ensured that we put in place the very strictest and strongest of protocols to protect West Australians.

"But it's very exciting. It's only the second time in 124 years the Grand Final has left Melbourne and obviously here in Perth it will be a great spectacle."

Premier McGowan’s reference to having “secured this event on our own terms” was in relation to the Western Australian Government having not paid a fee to the AFL to host the game, by contrast with the Queensland Government which paid $20 million for Brisbane to host the match last year. 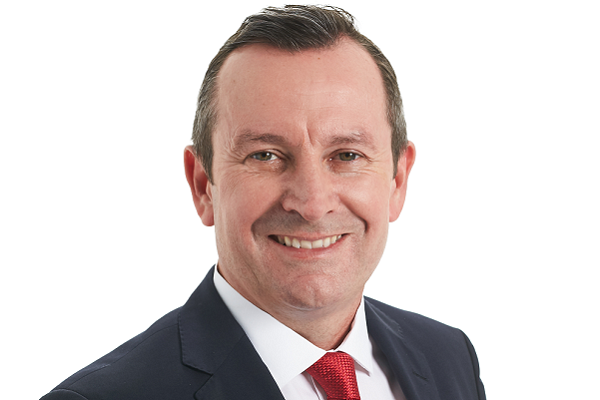 Here he advised “Queensland paid up to $20 million for it but we haven't given them any money, we've just said we'll do a COVIDSafe game - if you come here we'll have strong rules and we're not giving you any money, that's your choice.

“We drove a pretty hard bargain but that's the right way to approach it, I didn't want to hand over $20 million to the AFL.”

More tickets for Western Australian fans
Optus Stadium Chief Executive, Mike McKenna has also advised that he expects more members of the public would be able to get their hands on tickets to the game.

Speaking to Perth radio station Radio 6PR, McKenna stated “the thing we can look forward to, unlike in Melbourne where the allocation of tickets is shared around the clubs and corporates, there's not so many members able to access the game here, so I imagine the proportion of tickets going to the public will be a lot higher.”

McKenna said there were already almost 40,000 tickets sold for this weekend's semi-final, which would see Geelong take on GWS at the venue, adding "the semi-final, pre-liminary final, grand final run is once in a lifetime for sure.”

Tourism boost
With the season finale expected to attract a capacity crowd of 61,266 to Optus Stadium, Premier McGowan said the event would be a major draw card for tourism, attracting visitors and helping boost the state's economy.

Tourism Council WA Chief Executive, Evan Hall agreed, advising the that the Grand Final “will fill out our hotels, bring people into our restaurants and clubs and give tour operators a real boost as well."

Noting that the event would also showcase Perth and the Stadium as world-class destinations for major sporting events, Hall went on to say “we've seen Queensland take the AFL last year, they've had the Commonwealth Games and successfully bid for the Olympics, but we think Perth is as good a major-event destination, and this is our chance to show off."

Hall estimated the event would inject $10 million into the state's economy, just from West Australian visitors alone, adding “we're certainly hoping people are going to not only stay overnight, but stay maybe two or three nights, make a long weekend out of it.”

Perth will also host a semi-final and preliminary final in coming weeks, along with the Brownlow Medal count which will kick off Grand Final week.

Thousands of fans are also likely to line the streets of Perth for a Grand Final parade.