AFL to include VFL curtain-raisers at MCG in 2019 season 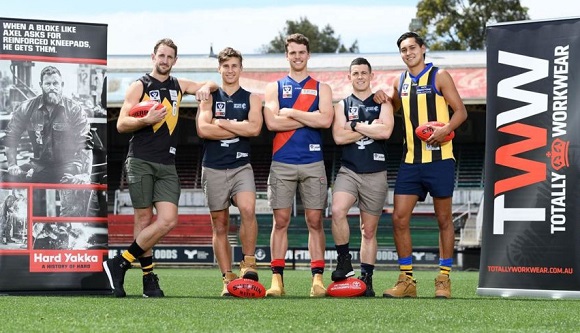 The AFL has announced an increase in the amount of VFL curtain-raisers to be held before AFL matches at the MCG in during the 2019 Premiership season.

An pre-Christmas agreement between the Melbourne Cricket Club (MCC) and the AFL will see four VFL fixtures held at the MCG prior to AFL matches next year.

In a boost for fans, it will also result in the AFL reducing the time between the end of a curtain-raiser and the start of an AFL matches from around 60 minutes to a minimum of 35-45 minutes.

According to AFL.com.au the move was originally raised by Channel Seven in a cost-saving strategy to create a VFL-AFL double header prior to their broadcast Sunday 3.20pm AFL game.

With camera equipment, staff and broadcast trucks already set up at the ground, it will allow the VFL coverage to roll straight into the AFL pre-game and the match.

VFL matches tipped to be held at the MCG include Richmond's clashes with Box Hill (Hawthorn) in May and the Northern Blues in August prior to their respective AFL matches that day.

AFL Fans Association President Gerry Eeman praised the move, advising “we are very happy to see the AFL pushing for an increase in the number of curtain-raisers.

"The fan feedback on this issue is consistent, fans want more of them. They help build the atmosphere and give fans a reason to come to games earlier."

The announcement comes as VFL clubs were informed of a number of changes to the VFL’s management structure via an email sent by AFL Victoria Chief Executive Steven Reaper, who announced he is to take on a new role at the AFL as Head of Community Football Sustainability & Compliance.

Image: Hard Yakka and Totally Workwear (TWW) will be the major sponsors of the Victorian Football League (VFL) for the 2019 season.