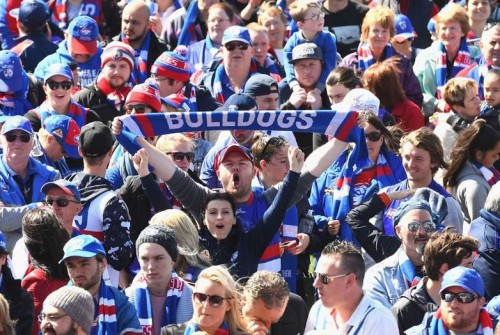 The AFL will open up more tickets to competing club members for this year's Grand Final.

In a move dubbed as being a result of “listening to fans”, 4,000 extra tickets will be given to the competing clubs, allowing them to sell the tickets to their members through a ballot system and at a reasonable price.

The AFL now provides each of the competing clubs with 17,000 tickets, an increase of 2,000 from the 15,000 made available for last year's grand final between the Western Bulldogs and Sydney.

With 30,000 tickets provided to corporate partners at recent grand finals, the AFL has come under increasing criticism for not allocating enough tickets to competing team's fans.

Some of the corporate partners then have the ability to on-sell the tickets as part of expensive packages that range from $1,000 to $2,000.

The AFL also has obligations to MCC, AFL and Medallion Club Members while between 5,000 and 7,000 tickets are also sold to non-competing clubs who also package the tickets up to maximise earnings.

Gerry Eeman from the AFL Fans association said he was pleased with the news but would like the AFL to do more for next year's grand final.

Eeman told the ABC “we're very pleased at the news. I guess with the news today they (the AFL) have shown that they are listening to the fans," he said.

Eeman added that it was an impressive move from AFL Chief Executive Gillon McLachlan, who had often pledged to provide more for football fans.

Eeman pointed to English football's FA Cup Final as an example as to what the AFL should aim for.

The English Football Association allocates about 57,000 tickets to fans at the 90,000 capacity Wembley Arena.

He added “by world standards we are behind, so this about addressing an imbalance ... we want 50,000 tickets to go to fans. That's the aim."

The AFL has also confirmed this year's grand final will be played at the traditional time in the afternoon.