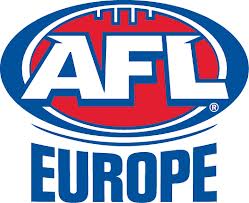 The AFL has distanced itself from a sponsorship deal between its European affiliate and Royal Brunei Airlines amid a global campaign to boycott the Asian nation over its new anti-gay laws.

The state-owned airline operates daily services between Sydney and Melbourne and London, and in August became the official airline of AFL Europe.

The airline is committed to fly international players between Melbourne and London as part of its sponsorship arrangement with the code, which promotes AFL in 22 European countries including the UK, Iceland and Germany.

The announcement of the sponsorship deal came as a number of global businesses owned by the Sultan of Brunei have been targeted by activists over the country's harsh new anti-homosexuality laws.

Last year Brunei's Sultan Hassanal Bolkiah imposed strict new Sharia laws which, when fully implemented in 2015, are set to impose the death penalty by stoning for gay sex and adultery.

The laws have seen celebrities like Jay Leno, Richard Branson and Ellen DeGeneres call for a boycott of the Sultan's luxury Dorchester hotel business, including the popular Beverley Hills Hotel in Los Angeles.

Football fan and World Vision Chief ExecutiveTim Costello said Brunei was not a good fit for the AFL, which has actively campaigned against homophobia in the sport in recent years.

Reverend Costello told the ABC "I know the AFL ... doesn't agree with laws that might stone women for adultery or criminalise gay people.

"So they need to reassess, I hope they'll say 'no, the money and the sponsorship is not worth it, because we know what our values on tolerance are'."

After being questioned by the ABC on the arrangement, the AFL said that it was unaware of Brunei's adoption of the laws.

In a statement it explained "these laws are counter to everything the AFL stands for in regards to inclusion and diversity.”

The AFL added that it was now reconsidering the deal with the airline, stating "in conjunction with AFL Europe, we are currently reassessing the appropriateness of the sponsorship arrangement and also the broader issue of the AFL's oversight of potential sponsorship deals that are put to affiliate organisations overseas."