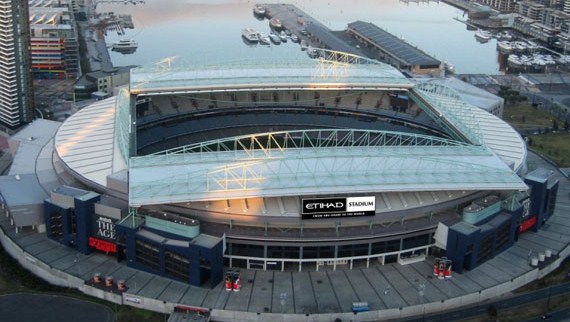 The stadium's five-year sponsorship, which began in March, had previously been ignored by the code, AFL Chief Operating Officer Gillon McLachlan stating back in March that, "from our perspective, we will call it Docklands Stadium."

While a number of matters, including legal issues, remain unresolved between the AFL and the Stadium's managers, Dr Colin McLeod, Head of Research and Innovation for the AFL told Australasian Leisure Management this week "our calling the Stadium Etihad is a small concession on our part to try to work towards a smoother working relationship with the Stadium's management."

In an Orwellian approach to its history, the AFL has largely replaced mentions of the Stadium's former names (Colonial Stadium and Telstra Dome) on its website. Etihad Stadium is now recorded in 6,750 news items on the AFL website, while Colonial Stadium now gets a mere 16 mentions on the site.