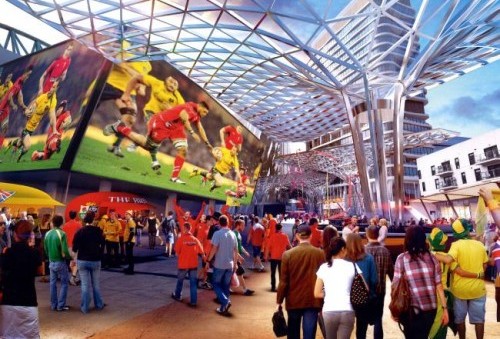 The AFL has submitted plans to the Victorian Government for a $300 million revamp of Melbourne’s Etihad Stadium to revitalise the venue and surrounding area.

Reported by Melbourne newspaper the Herald Sun, the plans include a new waterside stadium gateway, open-air bars, restaurants, parks and a running track.

With the AFL set to take control of the Melbourne Docklands stadium in 2025, or possibly sooner if a deal can be struck with Melbourne Stadiums Limited, the investment would secure the future of the venue.

Having been the catalyst in revitalising Melbourne's Dockland, the future of the 16-year-old stadium has been questioned by with opinion formers, including Melbourne Lord Mayor Robert Doyle, suggesting it could be demolished and replaced by another stadium in and around the Melbourne CBD.

The AFL’s proposal maintains Etihad Stadium’s 56,000 capacity but the facade will receive a much-needed revamp including large new videoscreens, while the stands will also be revamped.

Plans show that the venue would be opened up to Harbour Esplanade with community parkland would be incorporated into the western side of the venue. A running track would wrap around the exterior of the venue and there would be spaces for community activities. 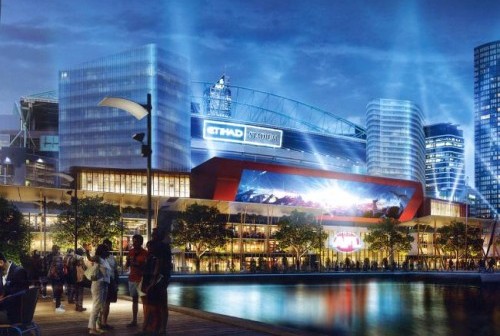 Etihad Stadium has received major technology upgrades in recent years with a free Wi-Fi network for fans, IPTV system powering 1,600 new high definition screens around the stadium, two new LED super screens, while the stadium’s Medallion Club was refurbished prior to the 2016 AFL season including the installation of brand new seats on level two, of which individual TV screens are currently being rolled-out on premium seats. However spectator facilities haven’t received any major upgrades in recent times, leaving sections of the stadium looking tired.

The AFL will buy Etihad Stadium for just $30 in March 2025 under the terms of the construction deal agreed by the Victorian Government in the 1990s.

Negotiations between the AFL and Etihad’s ownership consortium about an early buyout of the Docklands ground are ongoing.

Etihad Stadium opened in 2000 and was the first oval-shaped venue to feature a retractable roof and four retractable grandstands. While it had its issues in the early days especially with its turf, things have improved and the venue now hosts AFL, cricket, football, rugby and concerts.