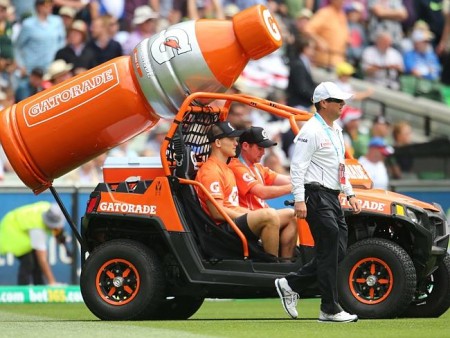 PepsiCo-owned sports drink brand Gatorade has reached a three-year agreement with the AFL to become the official sports drink of the Australian football competition.

Under the deal, which came into effect on 1st January, Gatorade will be used by each of the AFL's 18 clubs, while Gold Coast Suns captain Gary Ablett, Collingwood's Scott Pendlebury and Greater Western Sydney's No.1 AFL Draft pick Tom Boyd will serve as brand ambassadors.

Gatorade will provide financial support to the league and associated commercial opportunities in the non-alcoholic beverage category.

Additionally, Gatorade will work with AFL players in the area of performance and innovation development and also play a role in the AFL's broader financial equalisation strategy.

Gatorade's partnership with the AFL will contribute towards the league's competitive balance revenue pool aimed at achieving a level playing field for all clubs.