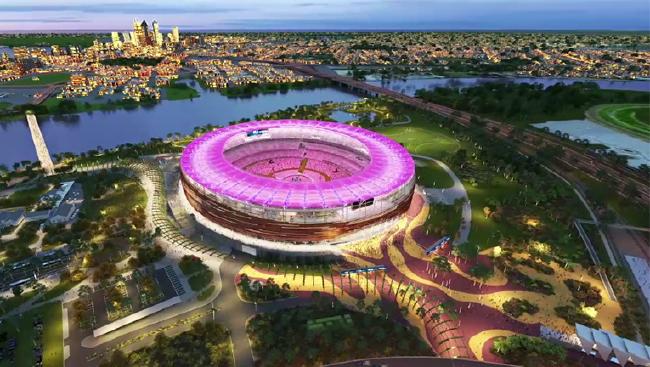 The AFL is aiming to capitalise on the impact of the new Perth Stadium, targeting a home and away attendance record in 2018 on the back of soon-to-be-opened venue.

The 2018 Premiership season fixtures has an extra Perth match scheduled, with Fremantle winning the rights to play Gold Coast in an 'away' game at the new stadium in round three, giving the venue back-to-back games on the weekend of 7th and 8th April.

As reported by afl.com.au, AFL Chief Executive Gillon McLachlan believes the League can break last year's attendance record of 6,732,601 with the help of the country's second largest AFL venue.

Speaking last week, McLachlan stated “it's going to be an unbelievable venue.

"We expect a lot of people to want to travel and go to this venue and its addition is going to have a huge impact on the 2018 fixture generally.

"We had an extraordinary year in 2017, posting our record ever home and away attendance of over 6.7 million attending 198 matches.

"We think we can beat that attendance record in 2018, certainly helped by the addition of the new stadium in Perth."

Adelaide Oval posted a record home and away attendance of 999,254 across 22 matches in 2014, its first year of operation as an AFL venue, and the League is banking on a similar rush from fans to experience football at Perth Stadium.

While West Coast has been given the right to open the stadium to football fans in round one, the bonus 'home' game shapes as excellent compensation for the Dockers, who will pay the Suns a fee.

AFL General Manager Clubs and Operations Travis Auld said the Eagles were the happiest of the Western Australian teams, given they won the rights to open Perth Stadium, but the Dockers had been given excellent concessions.

Auld explained “happiness is a relative thing (and) the Eagles are the happiest.

"They were fortunate it was their turn to come around and play the first game, wherever it was, in Perth. They were very pleased that was the case.

"Giving Freo Essendon on Saturday night (to debut at Perth Stadium) was a big opportunity for them, and Essendon has got a massive supporter base in Perth. They're happy about that."

While Perth Stadium will be a major attraction for football fans in 2018, it will not feature on the Friday night stage for either club. Round 23 remains a floating fixture.

The Eagles will host Essendon in round 14 in the venue's only Thursday slot for the season.