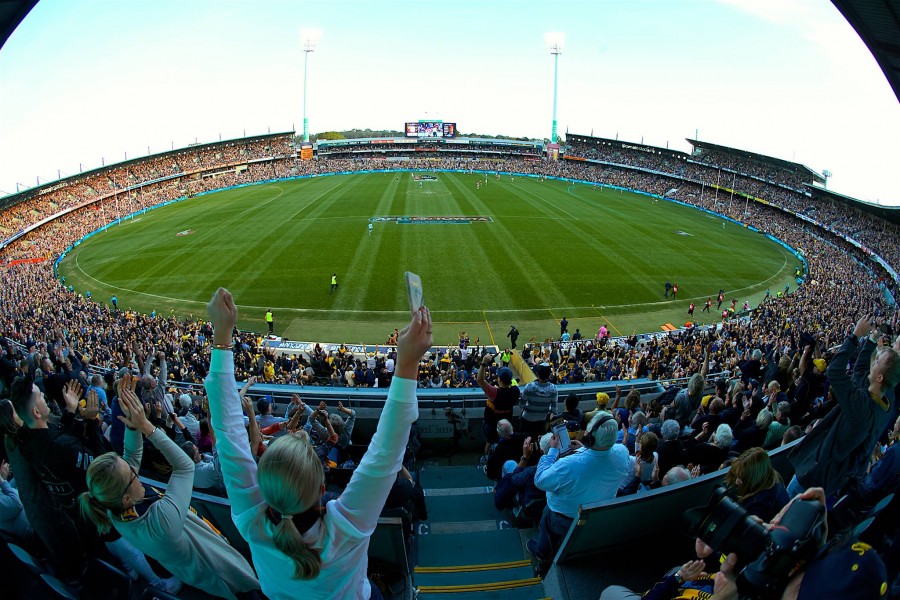 Today’s round 23 AFL clash between the West Coast Eagles and the Adelaide Crows in Perth has provided a bittersweet end to AFL football at the city’s Domain Stadium (Subiaco Oval).

With the new Perth Stadium at Burswood to be the home of AFL in Western Australia as of 2018, Domain Stadium’s 110-year history came to an end with the final siren.

With almost 40,000 fans packed into the venue, the Eagles win meant they finished in the AFL’s final eight but their position means they have not secured a home final.

Instead, the Stadium’s final games will be the 2017 McDonalds WAFL Grand Final on Sunday 24th September and the Australia vs Ireland International Rules contest on Saturday 18th November.

The scene for many great sporting moments, the ABC has suggested that “many will rejoice in not having to deal with the long lines, uncomfortable seating and the worn facade that have become synonymous with ‘Subi’ over the past few years.

“But the ground itself has played host to most of WA football's greatest moments and is the source of so many football memories for fans across the nation.”