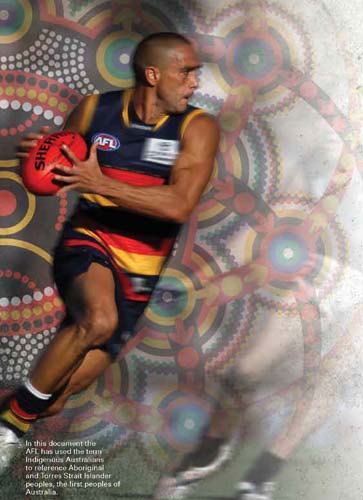 On the weekend of the Dreamtime at the G Indigenous Round game and the anniversary of Michael Long’s Long Walk to reconciliation, Reconciliation Australia has congratulated the AFL for continuing to demonstrate leadership in the community’s desire for reconciliation and stance against racism.

In a statement, Reconciliation Australia Chief Executive Leah Armstrong explained “the AFL and senior Aboriginal and Torres Strait Islander Australian Rules players have been in the forefront of Australia’s efforts for reconciliation and to reduce racism.

“The names of AFL players Michael Long, Nicky Winmar, Adam Goodes and Andrew McLeod, coaches like Kevin Sheedy and officials like Geelong President Alan carter are all synonymous with the AFL’s lead in promoting Aboriginal players and ridding the game of racism."

With National Reconciliation Week (NRW) 2014 running from 27th May to 3rd June, Armstrong believes that the movement for reconciliation has never been stronger.

She adds “the theme for this year’s NRW, ‘Let’s walk the talk’ could almost have been designed to describe the role of the AFL and so many of its players and officials.

“They have understood that it’s not good enough to just talk about reconciliation and justice for Australia’s First Peoples; action is also required.

“The changes in the AFL culture have been won through the courageous stand taken by many Aboriginal players over many years and demonstrate clearly that change is possible and that if we really want First Peoples to participate and contribute fully to Australian life we need to provide schools, workplaces, universities, sporting venues and other public spaces that are free from prejudice and racism.”

Armstrong said this weekend was a showcase of the efforts made by AFL players and officials and included the 10th anniversary of former Essendon star Michael Long’s famous Long Walk, followed by the Wellbeing Concert with Dan Sultan and the Dreamtime at the G game between Essendon and Richmond. 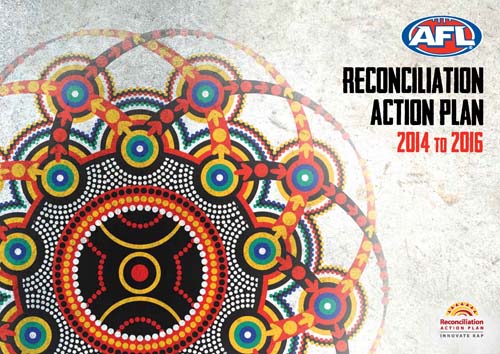 In Brisbane, there was another 'Long Walk' from the iconic Musgrave Park before the game between the Lions and Carlton. The national anthem was sung in a variety of Aboriginal and Torres Strait islander languages as well as English.

In Perth, 40 young Aboriginal AFL players from remote communities in the North-West took to the field as the curtain-raiser for the 2014 Indigenous Round West Coast Eagles versus North Melbourne game on Sunday.

Armstrong said that Australian sporting codes had a great responsibility to ensure sport was free of prejudices and racism, concluding “Aboriginal and Torres Strait Islander people to must be able to participate in a respectful and racism-free environment and most codes were working towards that goal.”

The AFL’s recently launched Reconciliation Plan is seen as as a further sign of the code’s clear commitment to reconciliation. It has four key aims:

• Improve participation: Increase the overall level of Indigenous Australians who participate in our game as players, coaches and umpires;

• Build Partnerships: In partnership with the Recognise campaign, support the recognition of Aboriginal and Torres Strait Islander peoples in the Australian constitution;

• Acknowledge and celebrate Indigenous culture: Continue to build understanding and respect for Indigenous customs, values and traditions through education and the AFL’s ongoing focus on the Indigenous Round celebrations.

For more information go to www.reconciliation.org.au/nrw