The AFL Anti-Doping Tribunal has found 34 current and former Essendon players not guilty of using a banned supplement during the 2012 football season.

The Australian Sports Anti-Doping Authority (ASADA) had alleged the players were administered thymosin beta-4 as part of their fitness regime.

However, the Tribunal's Chairman, David Jones, said it was not satisfied the players violated the AFL's doping code.

As a result, the players are free to play in the AFL's opening round this weekend.

Jones said the decision against "a former Essendon support person", believed to be Stephen Dank, who ran the club's supplements program during the time in question, would be made at a later date.

Jones said it would not release its reason for the decision, but the parties involved were free to do so.

In response, ASADA Chief Executive Ben McDevitt said he was disappointed with the decision and Essendon had let down its players and supporters.

In a statement, McDevitt explained “what happened at Essendon in 2012 was, in my opinion, absolutely and utterly disgraceful.

"It was not a supplements program but an injection regime and the players and the fans were so poorly let down by the club.

"While I am obviously disappointed that the charges in this instance have not been proven to the comfortable satisfaction of the tribunal, I am pleased that the tribunal was finally able to hear these matters."

Bombers captain Jobe Watson said it took a few minutes for the verdict to sink in.

He told the ABC "the last two years have been extremely difficult for us and our families.

“It has also been very hard for fans of the game, in particular supporters of the Essendon Football Club." 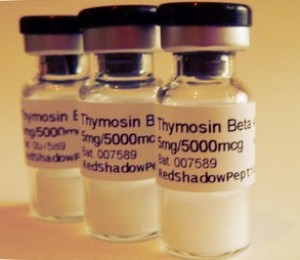 AFL Chief Executive Gillon McLachlan said the league was still reviewing the decision, but had asked for the full details to be made public in the interest of transparency.

McLachlan stated "the judgment and the evidence should give no-one any joy about what happened in our competition in 2012.

"It has been the AFL's view, and the view of Essendon's own internal report, that the players were victims of a reckless program which has hung over the players and the competition."

McLachlan said personally, he hoped ASADA would not appeal the decision, adding "I'm extremely comfortable with the process in general.”

The decision was handed down behind closed doors but the players' lawyer, David Grace QC, emerged a short time afterwards to confirm the players had been cleared.

Grace said he was happy with the decision but would not be drawn in to comment on whether reputations have been damaged by the long-running investigation.