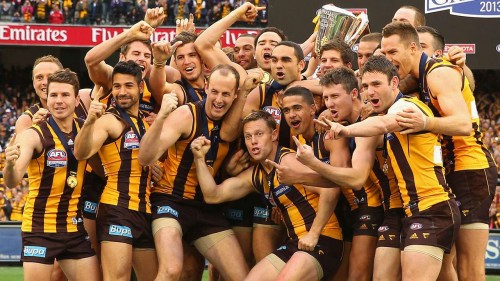 The AFL has released its 2016 club membership figures with Hawthorn now overtaking Collingwood as the largest-supported club in the competition with a total membership of 75,351, edging past Collingwood on 74,643.

The league also announced that total 2016 membership across all clubs had increased by 4.67% on 2015 to a record total of 875,197, marking a 16th consecutive year of membership growth.

Positive growth was achieved by 13 of the 18 clubs, while Brisbane Lions, Collingwood, Essendon, Gold Coast Suns and Port Adelaide all suffered falls.

St Kilda recorded the highest percentage growth in membership for 2016.

Announcing the findings, AFL Chief Executive Gillon McLachlan stated "to reach a record for AFL club membership with a rate of retention across the industry of 86% is a tremendous result."

Table shows the AFL's club membership breakdown and the comparison figures for 2015: 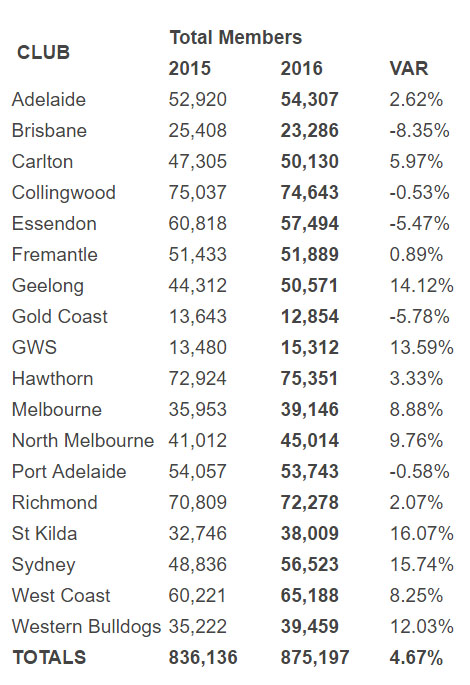