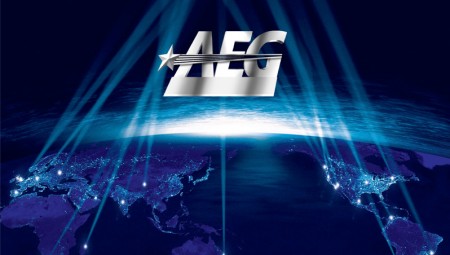 Global entertainment giant Anschutz Entertainment Group (AEG) has announced an "unprecedented" global partnership with eBay that will incorporate multiple sponsorships and technology integrations across its sport and entertainment venues, properties and franchises.

The two parties said that the agreement is designed to create a constantly evolving showcase of world-class digital technologies for the live event experience for fans across the world. A variety of eBay companies and initiatives will be included in elements of the multi-year partnership, which is set to commence early next year.

Globally, the deal will look to integrate with a number of AEG managed venues while the partnerships will also bring AEG's BandMerch merchandising company and its roster to the eBay market.

Explaining the partnership, AEG President and Chief Executive Tim Leiweke stated "eBay is one of the most complete and well-rounded ecommerce and technology companies in the world and pairing our combined capabilities and global reach is an exciting opportunity.

"This partnership will help bring even deeper digital resources and online marketing reach to the AXS Ticketing platform and will allow us to continue to transform the live event fan experience."

eBay Marketplaces President Devin Wenig added "technology is revolutionising commerce, and eBay Inc. is working with leading companies around the world to use our platforms to bring innovative new experiences to consumers. Integrating our technology platforms with AEG is a natural fit for eBay Inc., and allows our companies to give fans nearly unprecedented access to the events, performers and athletes they love."

The partnership will see AEG strengthen its position in the coveted secondary ticketing market while also creating new avenues for marketing other areas of its ancillary businesses, from VIP package sales to T-shirts.

The ticketing and marketing components of the deal are to roll out in January with full integration, including mobile technologies with AEG venues worldwide, to be phased in within a few months.

The partnership with AEG currently being offered for sales, with any new buyer due to inherit the deal.

Australia's AEG Ogden is a joint venture between Australian interests and AEG Facilities. It has yet to announce if and when it will implement this initiative.

For more information go to http://aegworldwide.com/