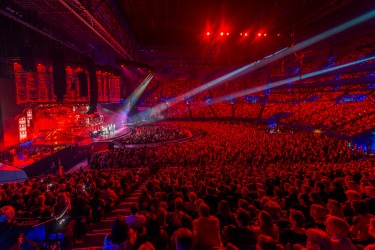 AEG Ogden managed arenas have once again ranked highly on the lists of top venues in the world for ticket sales in the 2014 year as compiled by leading entertainment industry publications Pollstar, Billboard and Venues Today.

Welcoming the rankings for telling a great story about the their venues and the Australian market, AEG Ogden Chairman and Chief Executive Harvey Lister stated “our venues once again produced outstanding ticket sales and compared very favourably to numerous iconic venues throughout the world in cities with far greater populations.

“This is compelling evidence of the strength of our market and the penchant of Australians for live music and entertainment.

“We work very hard to convince international artists, their agents and managers to include Australia in their touring plans, in association with our US partner, AEG and its concert promoting division, AEG LIVE. These results are a testament to the success of this mission, on behalf of the cities in which we operate.

“We are extremely grateful to the artists and their management, the promoters and of course the general public, for supporting the events hosted in our venues, and for the forethought of the various State Governments to construct the wonderful facilities that we are proud to manage.” 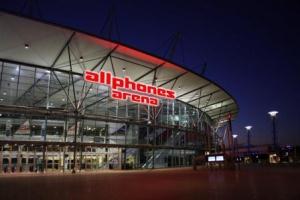 AEG venues from around the world including Australia dominated the charts, led by the O2 in London which finished #1 in all publications for the 8th consecutive year. AEG venues accounted for 31% of the tickets sold globally in the top 100 arenas according to Pollstar.

* Classifications vary from publication to publication and Perth Arena should be in the 10,001 to 15,000 category in Venues Today, in which corrected category, its sales place it at the Number One position.

5th January 2015 - TWO YEARS OF ACHIEVEMENT AT THE PERTH ARENA