Brisbane newspaper The Sunday Mail has reported that a private consortium involving giant global venue operator AEG and its local joint venture AEG Ogden is planning a new $400 million entertainment venue in the heart of Brisbane.

The new 15,000 capacity venue, which would play host to major international concerts, shows and events, would potentially be sited at one of three locations: at the Riverside Parmalat dairy factory in South Brisbane, adjacent to the existing cultural facilities on Brisbane’s South Bank; at the former GoPrint site, which would sit on top of a future Cross River Rail underground station, near The Gabba or on top of Brisbane’s Roma Street Station.

The Sunday Mail suggests that the Queensland Government is currently investigating a market-led projects scheme which is being proposed.

With the current Brisbane Entertainment Centre located almost 20 kilometres from the Brisbane CBD, an inner city based entertainment venue would boost the city’s ability to attract major acts and would likely be a highly successful venture for the locally-based AEG Ogden.

Lister said that Brisbane’s claim to be a new world city meant that fans of music, events and indoor sport needed to be provided with the next generation top level facilities, commenting “it would be enormously exciting for Brisbane and South East Queensland.”

The Sunday Mail reports that the new venue would replace the “ageing and isolated” Brisbane Entertainment Centre in Boondal, with the older venue continuing “to operate ... with a greater focus on sports and non-headline events.” 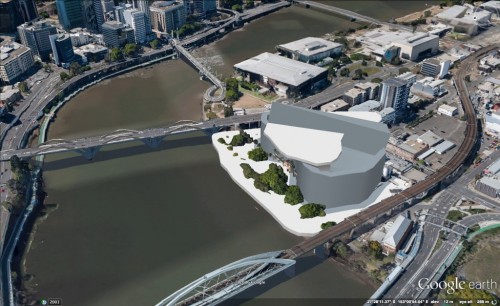 The Parmalat site would be walking distance of the Queensland Performing Arts Centre, Queensland Museum and the new $3 billion Queens Wharf Integrated Resort, effectively creating a ring of state-of-the-art entertainment facilities around South Bank and the CBD.

BrisbaneDevelopment.com suggests that a possible land swap deal may occur for this site with the Parmalat factory relocating to the Brisbane Entertainment Centre in Boondal. However, this is not confirmed. 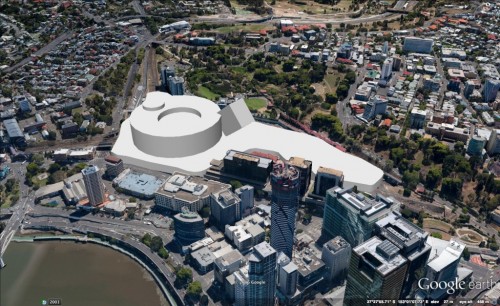 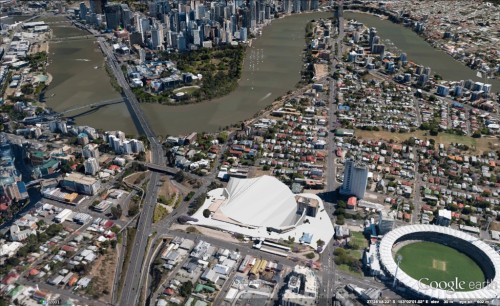 Would sit above a planned Cross River Rail station and adjacent to the Woolloongabba busway station this proposal would also link with The Gabba to create a stadium precinct.

BrisbaneDevelopment.com is inviting votes on these proposals.

AEG Ogden is the result of a joint venture between Australian based interests and AEG Facilities, a stand-alone affiliate of the Anschutz Entertainment Group (AEG).