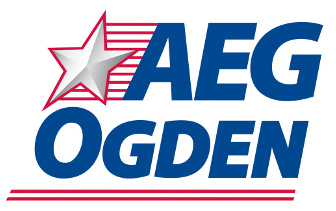 With its management of Perth Theatre Trust (PTT) venues set to cease at the end of 2015, venue managers AEG Ogden have confirmed that it will serve out its agreement to manage the venues.

AEG Ogden's management of His Majesty’s Theatre, the State Theatre Centre, Perth Concert Hall and Subiaco Arts Centre will end following the Western Australian Department of Culture and the Arts announcing that the PTT will re-establish its in-house division to manage the venues from 1st January 2015 and only engage a professional contractor to provide catering services.

AEG Ogden has operated the venues since February 1999 and recently advised the Trust it would be interested in bidding for a new management term but only on a different basis from the current arrangements.

AEG Ogden Chairman and Chief Executive Harvey Lister explained that the company had been extremely proud of the successes achieved by a very passionate team over the past 15 years.

Lister stated “in addition to providing increased entertainment opportunities for the people of Western Australia, they have generated financial results over and above budget targets for many of those years."

This was recently acknowledged following a national review by theatre industry consultant Graham Walne who stated that the Perth Theatre Trust venues operated by AEG Ogden were the busiest in Australia, benchmarked against equivalent spaces in other States.

Lister highlighted many of the AEG Ogden achievements of the past 15 years, including:

• Instituting a Quality Management System covering all aspects of the theatres' operations that were certified to ISO standards by Lloyds of London;

• Bringing catering services in-house so that all proceeds flowed back to the Trust, and winning numerous state and national catering awards. On track this year to contribute approximately $600,000 nett profit, contributing to the PTT Venues operations’ surplus-to-budget result of $800,000, both figures well in excess of AEG Ogden’s management fee;

• Raising $150,000 in donations to purchase a Steinway concert grand piano for the Albany Entertainment Centre;

• Establishing the Museum of the Performing Arts which has preserved and digitised an extensive collection of important memorabilia of the performing arts in Perth and Australia;

• Initiating management of the tourism facility at the Swan Bells in 2000, with only two weeks’ notice;

• Reopening and operating the refurbished Government House Ballroom for a number of years;

• Instigating the World Orchestra Series for Australia bringing a number of the world's greatest orchestras to Perth, including the London, Berlin, Vienna Philharmonics and Amsterdam's Royal Concertgebouw;

• Establishing the Simulcast To The Regions broadcasts, a program that has been widely emulated in other States;

• Successfully implementing a new ticketing services department and contracted ticketing system provider with a positive financial outcome for the PTT;

• Managing major capital replacement projects including replacements of seating, air-conditioning, lifts and carpeting at the Perth Concert Hall and similar programs in other venues;

• Establishing numerous community benefit projects including MajKidz, Morning Melodies and Lunchtime Concerts at His Majesty's Theatre, which in turn provided employment for many local performers;

• Designing, building and managing DownStairs at the Maj into one of the country's recognised and sought after intimate cabaret venues;

• Creating the recurring Cabaret Soiree seasons DownStairs at the Maj;

• Working closely with His Majesty’s Foundation until 2009 to raise funds for additional programming and projects at His Majesty’s Theatre;

• Raising funds for the celebration of the Centenary of His Majesty's Theatre in 2004;

Lister said AEG Ogden was now pleased to hand back a very well run business to the Perth Theatre Trust, concluding “in particular, we pay tribute to the venue and management staff who have conscientiously and regularly gone beyond the call of duty to ensure the great successes achieved during our contract tenure.”

AEG Ogden is an Australian controlled joint venture between Australian venue management interests and AEG Facilities of the United States.