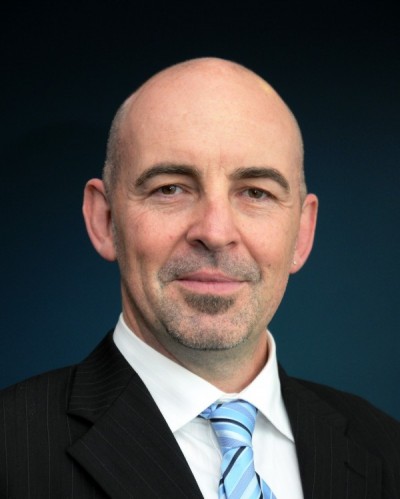 Hevern is currently General Manager of Qantas Credit Union Arena (formerly Sydney Entertainment Centre), a role he has occupied since December 2013. Before that, he was the General Manager of Perth Arena from September 2012 following the tragic passing of inaugural General Manager, David Humphreys.

Over the years, Hevern has held an AEG Ogden group role in Technical Operations, and was part of the pre-opening teams at Vector Arena in Auckland and Mastercard Arena in Beijing. He has previously worked at Allphones Arena (then the Sydney Superdome) as Operations Manager for five years.

Such is his versatility that after having overseen the opening of Perth Arena venue he is now presiding over the closure of Qantas Credit Union Arena in December this year.

Hevern will take up his new role at Allphones Arena on 21st December, succeeding Guy Ngata who has been appointed Chief Executive at Eden Park, Auckland. Ngata will remain at Allphones until 18th December and Hevern at Qantas Credit Union Arena until 19th December to oversee the closure of that venue.

Announcing the appointment, AEG Ogden Chairman and Chief Executive Harvey Lister, which manages Allphones Arena on behalf of TEG, stated "Steve is an outstanding venue manager and has been one of company’s real success stories.

“He has done magnificently in difficult circumstances in his General Manager roles at Perth Arena and Qantas Credit Union Arena and he has earned the opportunity to manage one of the most prestigious and successful arenas in the country.

“I’m confident of him building on its success.

“Steve embodies the AEG Ogden culture and is an ideal fit for the venue and the team.”

Hevern said he was honoured to be given the opportunity to manage Allphones Arena and its team and looked forward to building on the venue’s success and maintaining its reputation as Sydney's number one entertainment destination.

Lister also paid tribute to the outgoing General Manager, concluding “Guy Ngata has done a tremendous job in the past three years in establishing Allphones Arena as one of the most successful worldwide. We wish him every success in his new role at Eden Park.”

Allphones Arena is consistently highly ranked in the top arenas in the world in respected industry publications Pollstar, Billboard and Venues Today.