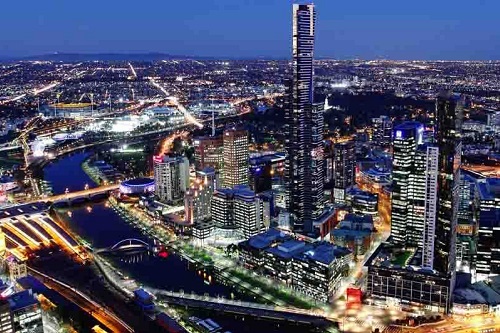 A Night-time Economy Advisory Committee of industry leaders is being tasked with laying out how  night-time activity in Melbourne can be reinvigorated in order to play a major role in the economy.

The City of Melbourne - with assistance from the University of Melbourne - has reviewed leading international examples from New York, Toronto, London, Amsterdam and Tokyo to develop an approach that best fits Melbourne.

Advising that the has been renowned for its night-time economy and getting it “pumping” again would be critical to creating jobs and business opportunities, City of Melbourne Lord Mayor, Sally Capp stated “Melbourne is synonymous with a thriving nightlife, but COVID restrictions have hit these industries particularly hard.

“Establishing this Advisory Committee is about working together to make sure we’re planning the best city possible after dark and we’re doing what it takes to bring the buzz back to Melbourne.

“A major part of the Advisory Committee’s work will be considering ways to encourage people back into the city and how best to support businesses that have been most severely impacted by COVID restrictions.

“Melbourne is at its best when people come together to participate in the amazing experiences on offer, whether it’s fine dining, an international film festival, live music event or a fashion show.”

The establishment of the Advisory Committee will be considered by Councillors at the first Future Melbourne Committee meeting on Tuesday.

If the recommendation is endorsed by Council, expressions of interest will be sought for up to 10 external roles to help boost Melbourne’s night-time economy by providing data and expertise to guide decision making.

“However, night-time pedestrian activity in the city has dropped by about two-thirds compared to the same time last year.

“We need to bring together bright industry minds to share their expertise and insights as to the best ways to support the many businesses that have grappled with harsh lockdown restrictions and reduced foot-traffic in the city.

“This is about harnessing the best ideas from industries - including hospitality and entertainment - from red-tape reduction to improving safety. We want to bring Melbourne’s night-time economy roaring back and to develop a strong plan for its future growth.”

Night-time pedestrian activity in the city has dropped by about two-thirds compared to the same time last year.

The night-time economy refers to the social, cultural and economic activities that take place between 6pm and 6am.