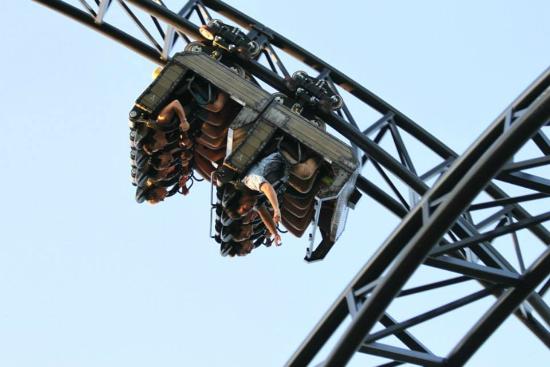 Perth amusement park Adventure World has marked another stellar year of growth and innovation which has been rewarded with five prestigious industry awards through the current year.

Proving that the attraction is now a major player in the national attractions and theme park market, Adventure World has been recognised in tourism, training and customer service.

Adventure World Chief Executive Mark Shaw said it had taken less than five years for Adventure World to evolve from a “local ‘fun’ park into a fully-fledged theme park” with world-class rides such as the $12 million custom-built Abyss roller coaster and the $7 million fully themed Kraken funnel waterslide.

Winner of the 2015 Silver Award for Major Tourism Attraction in the WA Tourism Awards, Adventure World also won the Training Initiative Award in the WA Hotel and Hospitality Awards for Excellence for the second year running, and was a finalist in the Australian Institute of Management WA WestBusiness Pinnacle Awards for Excellence in Customer Service.

Remarkably, based on Trip Advisor user rating for the 2014/2015 Season, Adventure World is now the highest ranked* theme park, water park or amusement park in Australia.

Commenting on the recognition, Shaw sated “the prestigious awards we have won this year help tell the Adventure World story, acknowledging that the park is now not only one of Western Australia’s elite tourism businesses and an Australian favourite, but also a top allrounder.”

Shaw sees that Adventure World’s emergence into the national spotlight began in 2011 with the launch of Kahuna Falls, Australia’s largest rain fortress.

Dragon’s Kingdom opened the following year and in 2013 Adventure World embarked on its most ambitious project ever – the heart-pounding Abyss.

Earning the title of ‘Australia’s best rollercoaster’, Abyss features four inversions and a breathtaking 100ft drop that is the sixth steepest in the world.

This year, Adventure World launched Kraken, which is the steepest, tallest and longest funnel waterslide on the planet.

Shaw added “Kraken represents the second time we have invested in a world-class attraction, putting Adventure World firmly on the national map for thrills, spills and amazing family memories.”

Describing Adventure World as “the most amazing place to work”, Nunn said that tourism in Western Australia was a team effort.

Adventure World opened in 1982 under the direction of Australian entrepreneur Michael Edgley, but has been locally owned since 2000.

For more information go to www.adventureworld.net.au

*Adventure World Trip Advisor page has the highest percentage of 4 and 5 star reviews of any Australian theme park, amusement park or water park between 25th September 2014 and 27th April 2015.