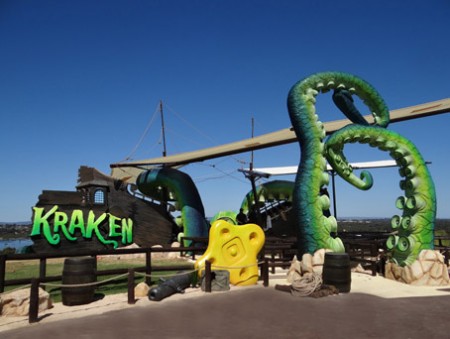 Branded as the ‘Kraken’, the new $7 million ride’s extravagant sea-monster theming enhances a uniquely tailored ProSlide Tornado 60 four-person raft waterslide which drops 30 metres along its 260 metres length. Riders first negotiate over 150 metres of almost pitch-black twists and turns, including a heart-pounding drop and a 360-degree twist, before dropping 8 metre almost vertically into a massive  20 metre funnel – which is about the height of a six storey building.

At this drop point riders can reach speeds of up to 6.7 metres per second. They experience moments of zero gravity and will feel they are just about to tip before gravity pulls them back to the bottom and up the other side and finally through the dark outrun flume and into the splash landing pool.

Adventure World Chief Executive Mark Shaw says the slide was chosen for a number of critical reasons, stating “all of our attractions now and going forward have to have high hourly capacity so as to keep queues as short as possible.

“This slide can take 600 guests per hour due to its four-person raft.

“The raft also means riders can have a slightly different experience on each ride as one time you may go down forwards, another time sideways or backwards!

“All of our rides/slides need to be shared experiences for all of the family or a bunch of friends. The average seven-year-old will be able to ride with parents or an adult because the height limit is quite low at 120cm.

“It’s the second time in just three years that the park has invested in a world-class attraction. We’ll not only have the best rollercoaster in Australia, but I truly believe this new funnel waterslide will be recognised by many as the best waterslide experience in Australia.”

For water flitration on the Kraken, Adventure World opted for Neptune Benson's ultra-fine filtration system as opposed to a conventional sand system which will reduce water consumption by around half a million litres per season. 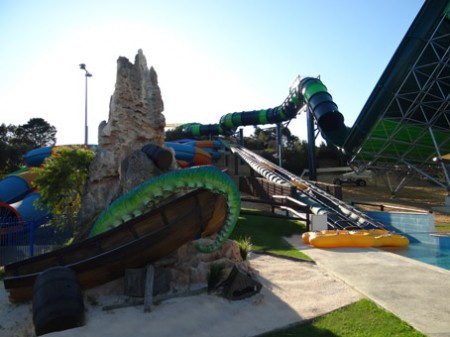 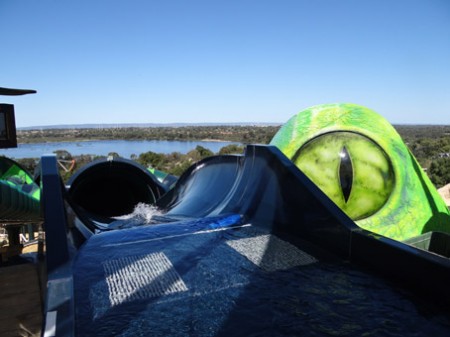 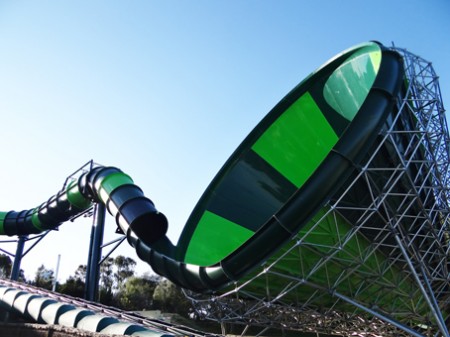 The ever-popular bumper boats have been given a pirate-inspired makeover to link with the ocean theming and renamed Buccaneer Battle.

“From heart-pounding rides for adrenalin junkies, to enchanted musical stage shows and fairy-tales for the littlies, we’ve proudly taken our place on the national stage when it comes to theme parks/water parks.” 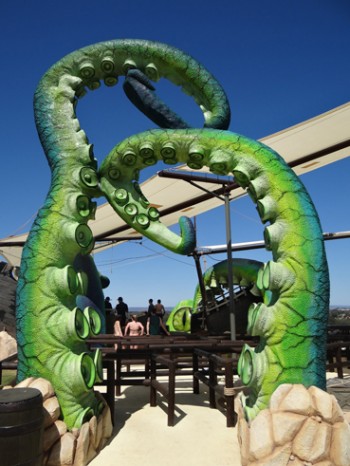 Based on Trip Advisor user ratings for the 2014-2015 Season, Adventure World is now the highest ranked* theme park, water park or amusement park in Australia.

*Adventure World Trip Advisor page has the highest percentage of 4 and 5 star reviews of any Australian theme park, amusement park or water park during the dates of the last season 25th September 2014 and 27th April 2015.