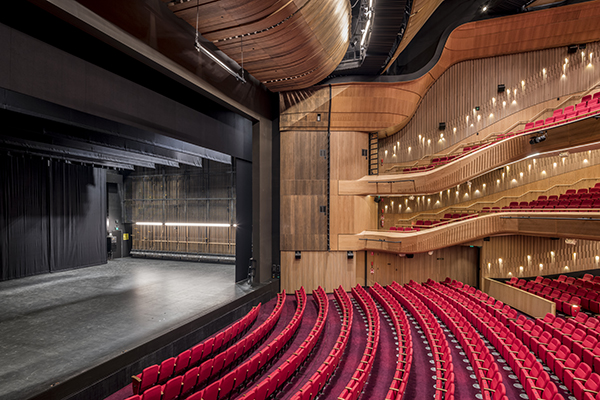 Originally opened in 1913, Adelaide’s oldest continually operating theatre was transformed into a larger and more accessible venue with state-of-the-art facilities - its $66 million redevelopment was unveiled in June last year.

Adelaide Festival Centre Chief Executive and Artistic Director Douglas Gautier enthused “we are so proud to see Her Majesty’s Theatre receive the glowing recognition it deserves, both as an iconic architectural building and premiere Australian arts venue.

“This project shows the power of creative and professional organisations in South Australia to deliver world class outcomes when we collaborate with a shared vision and passion.”

“This project showcases the skills and commitment to quality of our project team and trade partners and is a testament to their dedication and hard work in delivering this exceptional project.”

JRCM Joinery Director John Reuther added “it’s the sort of job that you don’t get too many opportunities to work on, we looked at it as a big challenge but very rewarding.

“We are very proud and love seeing other people appreciate the workmanship and passion that’s gone into this build.”

Other recent awards for Her Majesty’s Theatre include: