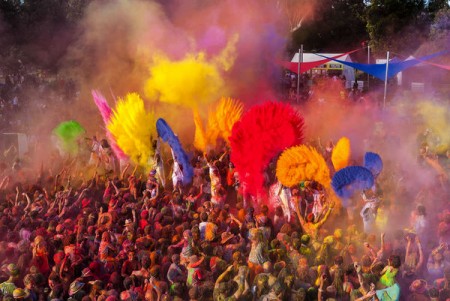 Adelaide’s reputation as a festival city has been bolstered by an invitation to join the inaugural International Festivals City Network (IFCN).

Adelaide’s invitation, the only Australian city to be invited to join the international network of cities renowned for hosting some of the world's biggest and best festivals, was made following a meeting of international festival city representatives at this year’s Edinburgh Festival.

The peak body for arts festivals in South Australia, Festivals Adelaide, took part in the program of meetings, workshops and presentations from which IFCN was born.

Festivals Adelaide Executive Officer Christie Anthoney said it was an honour to be the only Australian city invited, stating "this a prestigious and rightly-deserved membership.

"Adelaide is the festival city of Australia and at this stage as I understand there is no intention to invite another city from Australia, it's just us."

The invitation followed a survey which found Adelaide outperformed all other Australian states in ticket sales for festivals.

Anthoney added "we sell 56% of all festival tickets in the nation in South Australia.”

The IFCN will largely be used for idea sharing and problem solving when it comes to common challenges faced by cities with a strong cultural festival presence.

Anthoney explained "we will share understanding of what infrastructure makes for great festival cities, what government programs work, how we can connect with audiences and I guess just help each other to be the best we can.

"We have great ambition to be the best festival city in the world and through working with this network, we can certainly learn a lot and share what we already do brilliantly.

“(We are now) networked with a group of people with likeminded issues and of likeminded sensibilities, to learn from and share knowledge about festivals and the infrastructure that they require.”

As a pilot for the network, representatives from each of the festival cities will meet over Skype and in person over the next 18 months.