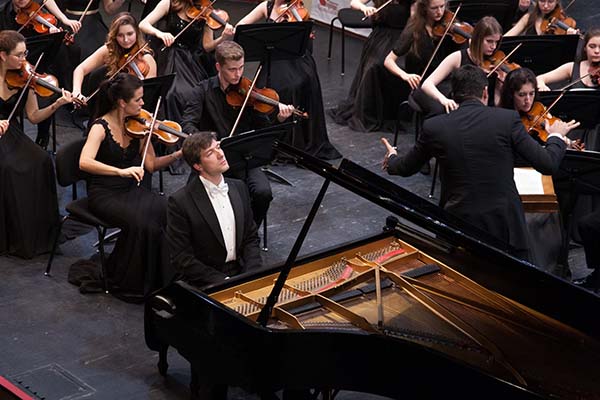 Adelaide Festival Centre is welcoming more audiences back to Her Majesty’s Theatre with today’s announcement of a new concert series – Music @ The Maj.

Adelaide Festival Centre Chief Executive and Artistic Director, Douglas Gautier, advised “we are very excited to be presenting the first music programs to be held in the stunning new Her Majesty’s Theatre. By launching this new series, we are creating opportunities for local musicians while also doing our part to protect and continue to celebrate Adelaide’s important standing as a UNESCO City of Music. We hope this series becomes an annual event with even more Music @ The Maj performances in 2021.”

All events at Adelaide Festival Centre venues are being held in accordance with SA Health direction and the South Australian Roadmap for Easing Covid-19 Restrictions. Attendees of Music @ The Maj events will be seated in a checkerboard format, meaning patrons will have at least one empty seat between them and the next person.

As a sequel to their acclaimed 2014 Adelaide Cabaret Festival appearance, O’Donovan and Cole are back to take audiences on a new journey of intertwining genres – swapping songs, sharing stories and breaking musical stereotypes. O’Donovan and Cole were to perform the show at Adelaide Cabaret Festival 2020 and will now bring it to the newly redeveloped Her Majesty’s Theatre stage on 9th and 10th October. 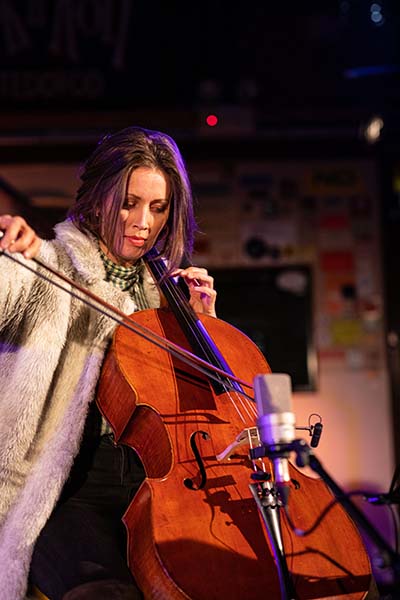 Adelaide Guitar Festival will showcase more than 20 South Australian musicians with The Backstage Sessions Live on 23rd October, featuring sets from established and emerging local artists including Cal Williams Jr, Django Rowe, Kelly Menhennett, Mike Bevan, Alain Valodze, Tom Kneebone and The Yearlings – all of whom recently appeared in online event The Backstage Sessions. Now they will bring these performances to the stage for a magical night of live music including a closing medley performed by the entire line-up.

Music @ The Maj will also present Legato, bringing together some of Australia’s most sought-after classical musicians for an unforgettable evening of guitar, piano and string music on 4th November. The program features award-winning pianist Konstantin Shamray, who is originally from Russia but is now based in Adelaide and whose accomplishments include First Prize at the 2008 Sydney International Piano Competition and performances in orchestras and festivals around the world.

Shamray will share a double bill with acclaimed classical duo Slava and Sharon Grigoryan on guitar and cello respectively. The Grigoryans will perform a series of captivating duets including classical, tango and folk.

Rounding out the Legato line-up is the incomparable, critically acclaimed Australian String Quartet (ASQ) with its unforgettable ensemble performances and dedication to musical excellence. The performance is likely to be Sharon Grigoryan’s last with the ASQ as she recently announced she would be departing the internationally renowned music ensemble later this year.

A truly rare treat, this triple act will present highlights and favourites from their distinctive and diverse classical music from acclaimed composers such as Boccherini, Dvorak, Piazzola and more.

Completing the Music @ The Maj series, A Night of Jazz with Lyndon Gray and Friends on 25th November will feature a stellar line-up of South Australian jazz luminaries curated by renowned musician, composer and ARIA award winner Lyndon Gray.

The concert will feature acclaimed international vocalist Jo Lawry and composer and musician Will Vinson, who have both recently returned to Adelaide from New York. Lawry has performed alongside stars including Sting, Paul Simon and Peter Gabriel. Described by The New York Times as a “singer of dazzling self-possession,” Lawry also featured in the Academy Award-winning documentary 20 Feet From Stardom.

Music @ The Maj is proudly presented and produced by Adelaide Festival Centre and follows the recent announcement of further public events at Her Majesty’s Theatre including Curtain Up tours and State Theatre Company’s production of Gaslight from  4th to 19th September.

The Adelaide Festival Centre website offers Event Guidelines in response to the most current information. Guidelines include:

Will bars and cafes be open?
Current restrictions will determine if foyer bars are open before the show and during interval for most public performances. Please read the pre-show communications sent to ticket buyers before their show to find out if the bars will be open during your visit.

When bars are open, there will be some changes: menus will be simplified; no hot beverages will be served; all drinks will be served in biodegradable containers; and there will be no straws (single use, plastic straws will always be available for patrons with disability and those who require them).

Will everyone be wearing masks? Will I be asked to wear a mask?
While current advice from SA Health does not require people in South Australia to wear masks in public or at events, this advice may change and we thank you for your cooperation.

Some of your fellow patrons and Adelaide Festival Centre staff may wear masks during your visit. Please speak with Front of House staff if you arrive and feel uncomfortable without a mask.

What if someone is coughing nearby?
If you are concerned about your health and safety during an Adelaide Festival Centre event, please let front of house staff know. They will be discreet and follow appropriate protocol.