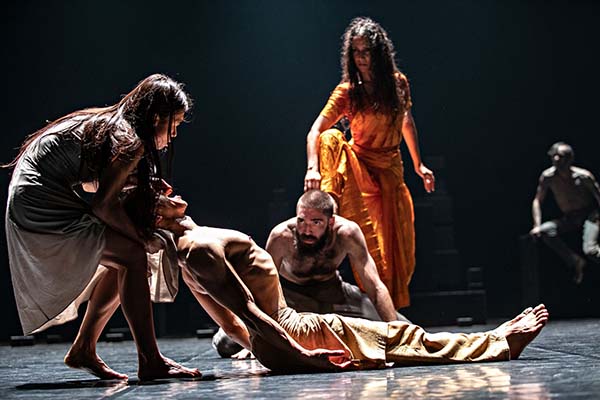 Held from 17th October to 3rd November, the 13th annual OzAsia Festival will feature 850 artists from more than 20 countries in an engaging line-up of boundary-pushing works across everything from music, theatre and dance to film, literature and visual art.

Adelaide Festival Centre Chief Executive & Artistic Director Douglas Gautier AM advises: “There is simply nothing like our OzAsia Festival. No other arts festival demonstrates as well as this one the value of artistic exchange and the contribution to positive social, cultural and economic relationships between Australia and Asia. This year’s program is a feast of theatre, dance, music, visual art, literature, ideas, film, food and community events; with an emphasis on contemporary performance, collaboration and new commissions.”

Audiences can expect compelling contemporary dance from Akram Khan and his latest work Outwitting the Devil, Damien Jalet and his sculptural Vessel, Hervé Koubi with acrobatic piece What the Day Owes to the Night and Anne Nguyen with martial art-inspired street dance Kata. 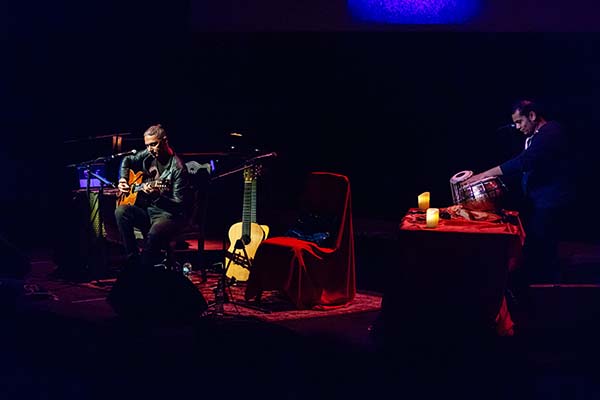 America’s Got Talent finalists SIRO-A will amaze festival attendees of all ages with Techno Circus, while fellow Japanese performance group Contact Gonzo will bring the world premiere of Stuck in the Narrowest Path – a chaotic improvisation of ‘dance meets Fight Club’ in collaboration with Adelaide’s own Zephyr Quartet.

Internationally acclaimed theatre makers presenting their work in Australia for the first time include India’s Abhishek Thapar with My Home at the Intersection and Surpassing the Beeline, along with South Korea’s Jaha Koo with Cuckoo – a reflection on his country’s recent history with help from three ‘talking’ rice cookers.

OzAsia Festival Artistic Director Joseph Mitchell notes: “The 2019 OzAsia Festival will be our largest, most adventurous and fun-filled festival to date. There really is something for everyone – from free events through to thought-provoking theatre and visually stunning dance. We’re excited to see some of the most loved artists from previous OzAsia Festivals returning with new works, while our more adventurous audience members can indulge in our more immersive events like a pop-up performance in the Dunstan Playhouse foyer (Stuck in the Narrowest Path) and a six-course meal featuring stories from local and visiting expats (Surpassing the Beeline). Come and enjoy the festivities and warmer spring weather for what is promising to be an unforgettable experience at this year’s OzAsia Festival. I can’t wait to see you there!” 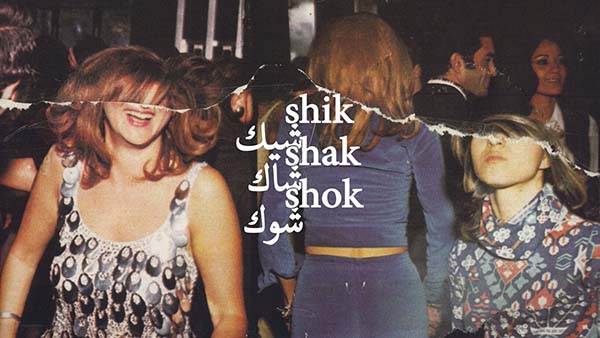 Using the death of his hero Muhammad Ali as a lyrical springboard, rapper/poet/award-winning author Omar Musa will bring his electrifying show Since Ali Died to Adelaide for the first time after a sell-out season in Sydney.

Following a successful run at OzAsia Festival 2016 with their human trafficking-themed Sk!N, Malaysian theatre company Terryandthecuz is teaming up with Black Lung Theatre co-founder Thomas Henning to present LIGHT – an experimental work providing a revisionist history of Penang and the birth of Adelaide as told through the respective stories of Frances Light and his son William. 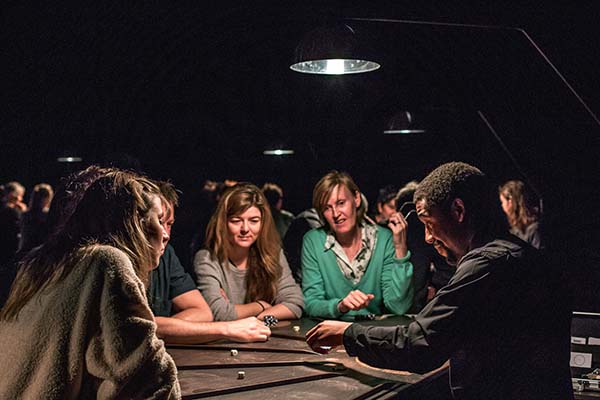 After impressing local audiences with The Smile Off Your Face and Fight Night at Adelaide Festival, Belgium’s Ontroerend Goed is set to delight OzAsia Festival attendees with £¥€$ – an interactive theatre work about the global financial system and how the world’s biggest banks pull strings to make it work in their favour.

South Australian Minister responsible for the Arts the Hon Steven Marshall MP added: “The Government is proud to support OzAsia Festival and the important role it plays in our state. By showcasing the best of contemporary art from Asia and fostering positive relationships between Australia and its neighbouring countries, this festival provides major opportunities for artists across the Asian region to play their part in connecting our people and communities.”

Now in its second year, JLF Adelaide will feature a transnational celebration of cultural connections and new perspectives. Former Adelaide Writer’s Week director Laura Kroetsch has joined the team as a producer for this year’s event after recently directing Dark and Dangerous Thoughts at Dark Mofo 2019.

This year’s OzAsia Festival will also see the Australian premiere of visual art exhibitions including Still by Taiwan’s Joyce Ho, Samsung Loves Us All by Young-Hae Chang Heavy Industries (world premiere from South Korea), The Glamorous Boys of Tang by Taiwan’s Su Hui-Yu, Sorry for Real by French Guiana’s Tabita Rezaire and Sisters Sangam – an exhibition of works from 14 emerging and established artists from India and South Australia brought together by Adelaide’s Daniel Connell. The Art Gallery of South Australia will present its first major display of Islamic art for No god but God: The art of Islam along with Sonic Blossom by Taiwanese-American artist Lee Mingwei, while the Samstag Museum of Art will host Ascent by Fiona Tan.

His Excellency the Honourable Hieu Van Le AC, Governor of South Australia and Patron of OzAsia Festival commented: “I am delighted to see OzAsia Festival continue to flourish as a celebration of our cultural diversity and the exciting ways in which artists from Asia are exploring contemporary performance. This year’s program has so much to offer, and I hope to see audiences engaging with all kinds of experiences in addition to the ever-popular Moon Lantern Parade and Lucky Dumpling Market. I think they will be thrilled by everything there is to see and do.”

The full OzAsia Festival program is available at www.ozasiafestival.com.au.

Images courtesy of OzAsia 2019: Contemporary dance from Akram Khan and his latest work Outwitting the Devil (top); Nitin Sawhney’s Beyond Skin and Shik Shak Shok(centre); and Ontroerend Goed's £¥€$ – an interactive theatre work about the global financial system (above)