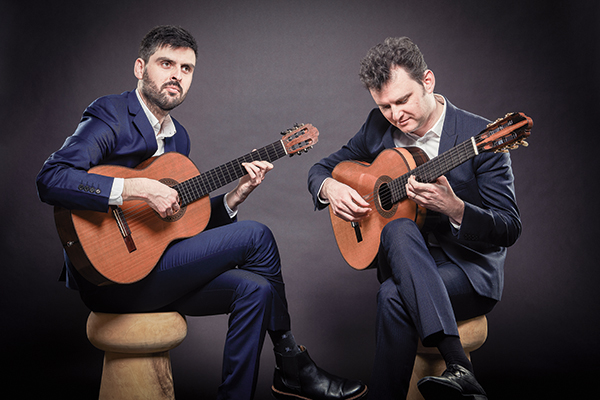 As part of its Autumn 2021 season, Adelaide Festival Centre is adding to its Music @ The Maj concert series along with regional Adelaide Guitar Festival events.

Following the success of last year’s curated selection of music events at Her Majesty’s Theatre, Music @ The Maj will continue in 2021 – starting with Hear Now.

Adelaide Festival Centre and Nexus Arts have teamed up to bring together a diverse line-up of talented local artists from culturally diverse backgrounds, all proud to now call Adelaide home, for a special performance on 19th May.

Adelaide Festival Centre introduced the Music @ The Maj series as a way of supporting South Australian artists and showcasing the state-of-the-art facilities on offer at the redeveloped Her Majesty’s Theatre.

The series, which also celebrates Adelaide’s designation as a UNESCO City of Music, most recently saw the rescheduled performance of A Night of Jazz presented to a sold-out audience on 21st January.

Adelaide Festival Centre Chief Executive and Artistic Director, Douglas Gautier notes “we are thrilled with the response we’ve received so far for our Music @ The Maj series, and we look forward to announcing even more performances in the coming months. The series is such a wonderful way to highlight our city as a vibrant place for musicians and music enthusiasts to get together. Our newest event, Hear Now, celebrates the wealth of talented, culturally diverse artists and creatives who have all chosen Adelaide as their home.”

As part of another exciting music series presented by Adelaide Festival Centre, Adelaide Guitar Festival’s free community program On the Road will visit Kangaroo Island on 1st May, the Clare Valley from 21st to 23rd May and Port Augusta on 28th May.

The program sees some of the country’s finest musicians pop up in local venues and businesses to present live performances and workshops. The line-up of artists will be revealed closer to the date.

Ahead of a full program of performances at Adelaide Festival Centre venues from 4th to 25th July, Adelaide Guitar Festival is teaming up with Adelaide Symphony Orchestra to present a thrilling evening of classical guitar – Nigel Westlake and Grigoryan Brothers in Concert in the Festival Theatre on 24th April.

Created in collaboration with theatre maker Jo Stone, Wonder Grit sees contemporary dance collide with competitive cycling while investigating the nature of loss, injury and motivation. Satori explores the states of impermanence and imperfection through an ensemble dance piece. 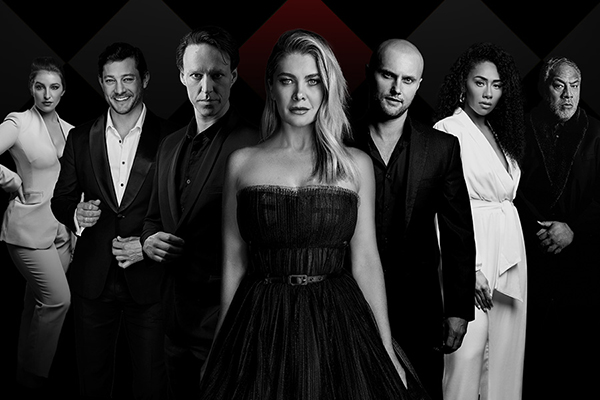 Tickets are selling fast for the gripping concert-style production of Chess the Musical at Her Majesty’s Theatre for four performances only from 27th to 29th May. The powerful story of conflict and love features a stellar cast including Natalie Bassingthwaite and Paulini plus music by ABBA’s Benny Anderson and Björn Ulvaeus.

Adelaide Festival Centre’s biennial DreamBIG Children’s Festival will return with hundreds of performances and free events for schools and families from 19th to 29th May.

Shows at DreamBIG 2021 include Wolfgang’s Magical Musical Circus by Circa, ZOOOM by Patch Theatre, Creation Creation by Windmill Theatre Company and Magic Beach by CDP Theatre Producers – the team behind popular stage productions of The Gruffalo and the Treehouse series.

Exhibitions currently on display at Adelaide Festival Centre include 2020 Adelaide Parklands Art Prize in the Festival Theatre foyer’s QBE Galleries 2 and 3 until May 7. Hosted by the Adelaide Park Lands Preservation Association, the exhibition aims to showcase the beauty and fragility of the city’s surrounding parklands.

Budding performers aged eight to 11 years are gearing up for the On Stage April School Holiday Program at Adelaide Festival Centre’s Dunstan Playhouse, where young people will learn all about the performing arts through a series of one-day introductory workshops in theatre, dance and voice and musical theatre. Registrations close Friday, 9th April, or until sold out.

Audiences are also encouraged to register for updates about Adelaide Festival Centre’s inSPACE Creative Development Program, which is showcasing two works-in-progress by local artists in the Drama Centre Rehearsal Room during Autumn 2021 – Starweaver by Ellen Graham and Jamie Hornsby (from independent theatre company Madness of Two) on 1st April.

For more information about these and other shows during Adelaide Festival Centre’s Autumn 2021 season, go to the What’s On section at www.adelaidefestivalcentre.com.au