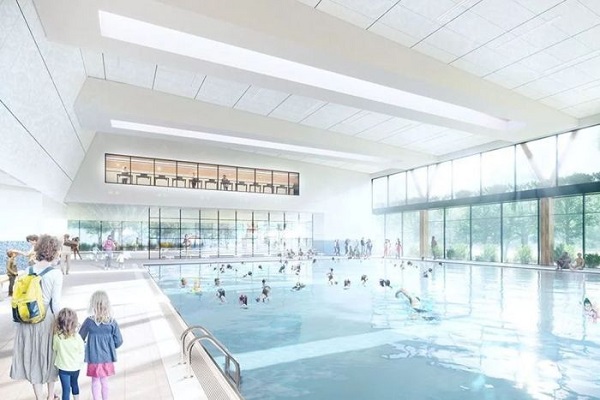 Adelaide City Council is to seek funding from Federal and South Australian Governments as well as neighbouring councils to fund the redevelopment of its ageing Adelaide Aquatic Centre.

With the Adelaide Football Club having earlier this month withdrawn its controversial bid to demolish the 50-year-old facility in the city’s park lands to build a new club headquarters with adjoining public sports facilities, the Council’s mid-April meeting saw councillors unanimously voted to ask staff to provide recommendations about “possible projects for economic recovery stimulus after the COVID-19 pandemic” at the site.

They also resolved to seek funding assistance from the Federal and South Australian Governments and surrounding councils “whose residents and ratepayers make up a significant proportion of the centre’s users”.

As reported by Adelaide news website InDaily, the decision was reached after former Lord Mayor Jane Lomax-Smith gave a deputation to elected members beseeching them to “ask for stimulus funding” from other governments “to deal with some of the maintenance backlog” at the site, rather than to seek a single third-party organisation to fund the project.

She advised “as the council is actually the custodian of a real tranche of assets for the entire state, allowing one organisation … to have priority access is really a difficult position to put oneself in.

“I really think it would be better to not have preferential access for individual organisations and for the council to run the organisation as a clean, untied organisation without ties to any groups.

“There’s a very good argument to be made for saying that this is a state responsibility.”

Lord Mayor Lomax-Smith said the facility, South Australia’s premier aquatic centre until the opening of the SA Aquatic Leisure Centre, re serviced a “remarkably large” portion of metropolitan Adelaide, with only eight per cent of the approximate 715,000 users each year being city council ratepayers.

She added “you might well argue that this is a facility of regional or state significance.

“This is not just a matter of convincing the government that this is important for health and fitness, or rec and sport, but it’s a facility that’s really, really important for schools and school usage, it’s important for mental health, and it’s also important for general health.

“I don’t think there’s a better time to ask for stimulus funding to deal with some of the maintenance backlog on this site.”

A report presented to the council last year said the aquatic centre was heading towards “failure zone” and city ratepayers could be forced to cough up $21 million to fix it in the short and long-term.

InDaily reported that the Crows advised that the “extremely challenging environment” created by the Coronavirus pandemic was behind its decision to halt its $65 million plan.

Image: The concept for the redeveloped Adelaide Aquatic Centre in North Adelaide.