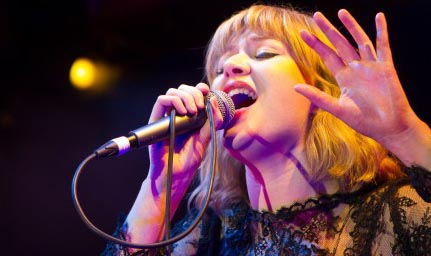 Sydney is planning to become a magnet for intimate and exclusive ‘pop-up’performances by major international artists, as part of the City of Sydney’s plans to breathe new life into the local live music scene.

Under its new Live Music and Performance Action Plan, the City will lobby the Federal Department of Immigration and Border Protection and concert promoters to make it easier for touring artists to play more ‘secret’ shows and collaborate with local musicians in small venues, without breaching their visas or contractual arrangements.

Lord Mayor Clover Moore said the City’s action plan laid out an ambitious blueprint for the revival of Sydney’s live music and performance sector over the next five years.

Lord Mayor Moore stated “for at least the last sixty years, live music has been a vital part of cultural life in Sydney. Every generation will have their own memories: decades ago it was Johnny O’Keefe, the ‘Wild One’ at Town Hall; bands like Billy Thorpe and the Aztecs in the 1960s; Radio Birdman at Paddo Town Hall, AC/DC and Mental as Anything in the 1970s and 80s; and You Am I, Cloud Control and The Jezebels in more recent years.

“There were an incredible 44 million attendances across the country in 2009/10, four times greater than the total attendances at our major performing arts companies and major arts festivals combined.

“The report also established that live music’s contribution to the Australian economy came in at just over $1.2 billion – and that NSW is home to one-third of the venue-based industry, with the highest level of industry employment.

“But while Sydney used to enjoy a reputation for extraordinary live performers and bands, venues are now under increasing pressure. The industry has been hit hard by regulatory and legislative changes that have led to fewer venues for live music.

“One of my major objectives for supporting small bars – along with John Wardle, chair of our Live Music Taskforce and co-director of the National Live Music Office – was a renaissance of our live music scene.

“Boosting Sydney’s live music scene is a challenge requiring long-term investment from all levels of government, but the City is taking immediate action wherever we can.”

The Lord Mayor said the action plan sent a strong message that the City wants to open up opportunities for musicians and performers.

She added “from encouraging pop-up gigs in local venues, to helping theatre directors who want to stage shows in unconventional spaces and reducing red tape so emerging performers can showcase their talents on the street, the City is serious about supporting all types of live music and performance – and we’ve already begun to turn our plans into action.”

The plan outlines a range of actions with the potential to boost live music in Sydney, including:

• Following the lead of the City of Edinburgh Council – home to the world-famous Edinburgh Fringe Festival – by developing a pre-lodgement process to help artists hold performances in non-traditional spaces, covering building approvals, planning permissions, health and compliance requirements and advice from cultural staff;

• Supporting the Australian pilot of a ‘gig buddies’ program which pairs people living with a disability with local music enthusiasts to make it easier for them to attend live music performances;

• Ensuring parking controls around live music and performance venues take into account the needs of patrons as well as local residents and businesses;

• Developing a collaborative marketing strategy with the live music and performance sector to help grow and diversify audiences;

• Contributing $20,000 towards the Live & Local campaign, to be run by APRA|AMCOS, which will encourage local venues to introduce live music programming into their business; and

The plan has been developed by the City’s 11-member Live Music and Performance Taskforce.

Council taskforce chair John Wardle added “this action plan sets the benchmark for cultural policy for live music and performance in local venues in Australian cities, and has far-reaching potential for musicians, artists, venues, audiences and visitors across Sydney.

“It faces the challenges that live music and performance in Sydney encounter head on, with a comprehensive program of initiatives across regulatory processes and sector development strategies.

“These actions will cut red tape and support jobs and opportunities for venues and artists. Some are already underway, including providing community spaces for young musicians to rehearse after school.

“I would like to acknowledge the great work of the taskforce members and Council in the development of this plan, as well as recognise the contributions of the many people who made submissions through the community engagement process.”

The taskforce’s initial report, Live Music Matters, was released in November last year and detailed the major challenges facing Sydney’s live music scene, along with more than 50 ideas to solve those issues.

During the two-month public consultation that followed, 95 per cent of submissions from local residents, businesses and industry groups were in favour of supporting live music and performance.

Work on some of the taskforce’s recommendations has already started, with Council voting in December to fast-track plans including making Council-owned properties available for rehearsals, hosting more gigs in local venues and town halls, and trialling ‘musician loading zones’ outside music and performance venues.

10th February 2012 - ROOTOP CINEMAS ON THE RISE 1: NEW VENUES FOR PERTH AND SYDNEY