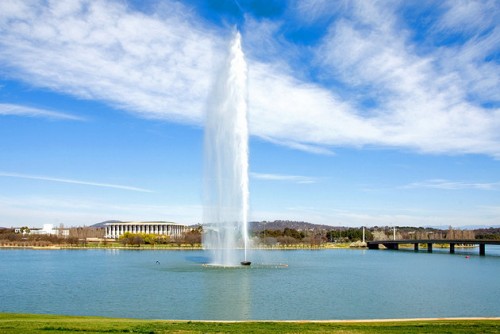 A range of ACT organisations have joined forces with Royal Life Saving ACT to launch a key new, ‘A Day At The Lake’, this weekend.

The event is part of the Royal Life Saving Society Australia’s ongoing ‘Respect the River’ initiative that aims to combat the high number of drownings in inland waterways. With 271 drownings across Australia between July 2014 and June 2015, the ACT’s rivers, creeks, lakes and dams have claimed the lives of 13 people since 2002.

Launching A Day at the Lake, Royal Life Saving ACT Executive Director Cherry O’Connor says the event is all about people in Canberra connecting with the stunning beauty of Lake Burley Griffin as well as people becoming much more aware of the dangers of inland waterways.

Highlighting that education and awareness are critical, O’Connor states “we are seeing too many drownings. Inland waterways are much more of a threat to Australians than our patrolled beaches.

“At the event Royal Life Saving will provide information and advice on how to enjoy inland waterways safely.

“Although our rivers are beautiful, more people drown in rivers than anywhere else. The dangers are often lurking below the surface, you simply can’t see ice cold water, snags like tree branches or strong currents but they can be lethal. We are urging Australians to be aware of these unique hazards and Respect the River.

“With the launch of this fantastic inaugural event we hope to bring the local aquatic recreation industry together and provide the community with an opportunity to learn about all the great attractions Lake Burley Griffin has to offer as well as the safest ways to get involved.”

More than one third of drowning deaths (99 people) in Australia occurred in inland waterways -including rivers, creeks, lakes and dams - in 2014/15. 26% (over one in four) of all drownings in the past 12 months happened in a river, creek or stream.

A Day at the Lake will see Royal Life Saving ACT provide free CPR awareness training, interactive and informative workshops for home pool owners, a barbeque, face painting, jumping castles and a scavenger hunt while local radio station FM104.7 will be there with a roadshow. 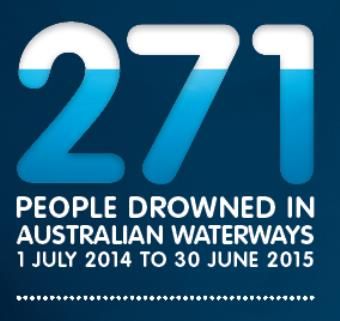 A Day at the Lake is also engaging with local sporting organisations that are linking their activities to aquatics and water safety and promote healthy and active lifestyles.

Organisations involved in the event include:

A Day At The Lake is being held from 11am to 3pm on Sunday 6th December.