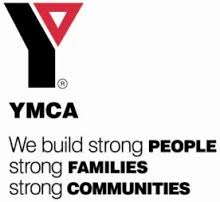 YMCA Auckland is thrilled to have had three co-ordinators from their youth development programme, Raise Up, honoured in the inaugural I Am Auckland Awards.

Championed by The Cube, who work with young people with disabilities who live, work, study or play in Auckland, alongside Auckland Council and the Youth Advisory Panel, the I Am Auckland Awards recognise the work of individuals and youth organisations that support the region’s children and young people.

YMCA Auckland Chief Executive Peter Fergusson said it was an honour to have YMCA people take out three of the seven individual award categories.

Ferguson stated “it’s fantastic to see our Raise Up coordinators celebrated for the incredible difference that they make in the lives of so many Auckland youth.

“These awards are a testament to their passion and the enthusiasm that they bring to the team every day – we’re incredibly proud!”

Kev Carter, Community Development Manager at Mt Albert Community and Recreation Centre managed by YMCA Auckland, won the Youth Voice Award, which aimed to recognise the best youth worker or organisation for giving young people a voice and creating opportunities for young people to have their say.

Hailed as an ‘iconic role model’ and said to not have the word ‘no’ in his dictionary, Carter constantly encourages his Raise Up crew to think for themselves and empowers them to make big decisions.

Josh Martin, Community Development Manager based at Sir William Jordan Leisure Centre managed by YMCA Auckland and coordinator of Raise Up in Panmure won the Youth Activate Award, for the best youth worker or organisation in the Arts, Culture, Sport and Recreation field. An accomplished Hip Hop dancer and musical theatre performer, Martin changes people’s lives not only through his job, but also through the way he lives his life.

Emma Ghaemmaghamy, Raise Up Coordinator at Lynfield Leisure Centre managed by YMCA Auckland, won the Rangatahi Tu Rangatira Award, for the best youth worker or organisation that builds and supports the next generation of young Maori.

Ghaemmaghamy was nominated for “constantly pushing above and beyond to empower everyone around her… spreading the amazing message of personal courage, perseverence and encouragement.”

As well as being a youth worker for YMCA Auckland and heading up the Raise Up Programme at the Lynfield Centre, Emma teaches music for Maori Performing Arts Te Wananga O Aotearoa.

Held on Friday 25th July, the awards also marked the launch the I Am Auckland Action Plan, which sets goals that will accelerate the prospects of young people in Auckland, ensuring the city offers an environment for them to be the best they can be. The I Am Auckland Plan and Awards were developed by young people, for young people, which echoes the ethos of YMCA Auckland’s Raise Up programme, where young people are responsible for planning and coordinating fun, safe, drug and alcohol-free events and initiatives that benefit young people in their community.

“As one of the most active and engaged youth programmes in Auckland, YMCA’s Raise Up lives and breathes this everyday, empowering and supporting young people to be the best they can be and reach their full potential.”

Click here for more information on the I Am Auckland initiative.