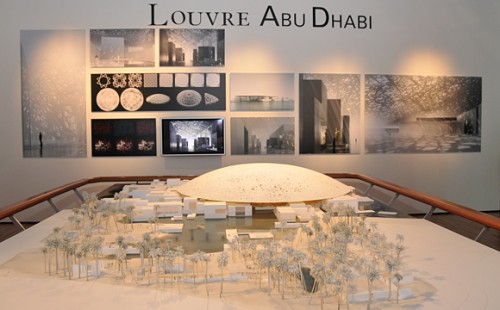 A new timetable for the Abu Dhabi Government's development of an ambitious cultural district on the Emirate's Saadiyat Island will see the first attraction - a branch of the Louvre - open in 2015.

A division of the New York Guggenheim Museum will follow in 2017, which like the outpost of the French art institution will make its debut in the Emirati capital years later than originally planned.

The landmark projects have been hit by a series of delays since being unveiled five years ago, including an announcement last year that the government-backed developer was temporarily dropping plans to award a major construction contract.

However, with the award of a 2.4 billion dirham ($653 million) contract to build the outpost of the iconic French museum, in a joint venture with Dubai-based construction group, Arabtec, work can now begin on the Louvre Abu Dhabi, marking a major step towards the city's desire to transform itself into a major cultural tourism destination.

In addition to the Louvre Abu Dhabi, Saddiyat Island will be home to two additional institutions with Western ties; a branch of the Guggenheim Museum and the Zayed National Museum, built in association with the British Museum, to be completed in 2017.

In anticipation of Saadiyat Island becoming a major tourist destination, hotels and accommodation facilities have already been built on the low-lying island 500 metres off the coast of Abu Dhabi.

Explaining the significance of the project, CBRE Head of Research Matthew Green stated "Abu Dhabi's supply of hotels is greater than the existing drivers of tourism.

"If you look at the drivers for future tourism demand in Abu Dhabi, Louvre Abu Dhabi, together with Guggenheim Abu Dhabi will be key."