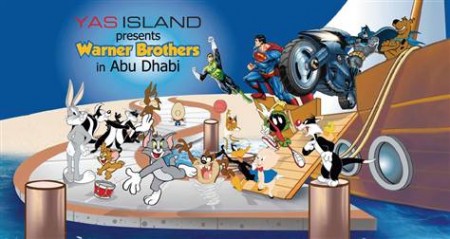 The long anticipated construction of a Warner Bros. Movie World theme park in Abu Dhabi is underway with initial work having commenced on a site at the Emirates's Yas Island.

On a site adjacent to Ferrari World Abu Dhabi and the Yas Waterworld waterpark, the partnership has now begun to build a movie-themed attraction with 19 different rides, a hotel and jointly-owned multiplex cinemas, and to form a joint venture fund to finance films and publish video games.

With construction contracts awarded in recent months, the site is being prepared for construction on a project set for completion by 2018.

When it opens it will be the first Warner Bros. Movie World in Asia and the Middle East, adding to Warner Bros. Attractions in Germany; Spain, Hollywood, USA and on the Gold Coast.

While the developers have not commented on the commencement of the project, back in 2007 Aldar Chairman Ahmad Ali Al Sayegh stated “we are going to build an integrated entertainment and media infrastructure that will be respectful to our culture and values. “(This) is a multi-billion dollar deal, it’s significant.”

“Aldar and Abu Dhabi Media Company together will invest 50%, while the remaining 50% (will) be invested by Warner Bros.”

It is understood that the deal provides the parties with additional opportunities to develop related ventures, such as production facilities, digital content distribution and retail opportunities across the Gulf. 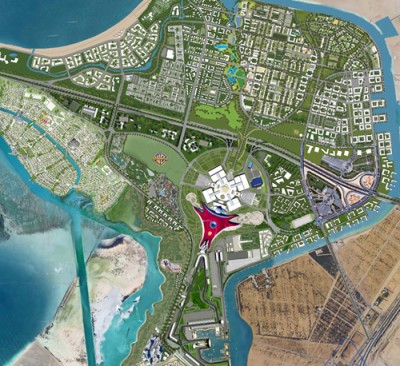 While developed as a partnership between Australian owned Village Roadshow and Warner Bros Entertainment, Warner Bros. Movie World on the Gold Coast is now wholly owned and operated by Village.

Time Warner has also entered into partnerships for its Cartoon Network Studios subsidiary to have a presence in theme parks around the world while also partnering with South East Asian investors to open the Cartoon Network Amazone waterpark in Pattaya, Thailand last year.

Commenting on the win, Ferrari World Abu Dhabi General Manager Jesse Vargas stated “we are delighted to receive this prestigious award and would like to thank World Travel Awards and our fans for recognising us as a key player in the theme park industry.

“Since 2010, the park has been offering visitors an unmatched exhilarating experience and over the past few months we have embarked on an unprecedented expansion to deliver an even more thrilling experience for each family member.”