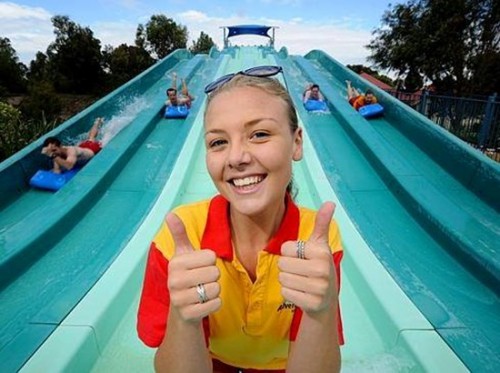 The Australia Bureau of Statistics’ newly released Economic Activity Survey (EAS) shows that 201,000 people were employed in ‘arts and recreation services’ in Australia in 2014/15, with some industry sectors, particularly creative and performing arts activities, showing a significant decline in employment numbers compared to the previous year.

As part of the Economic Activity Survey (EAS), the ABS collects detailed information from a rotating program of industries. For 2014/15, the EAS collected additional information from Australian businesses/organisations classified to the Arts and recreation services Division of the Australian and New Zealand Standard Industrial Classification, 2006 edition (ANZSIC).

Herein, the ABS defines arts and recreation serives as comprising heritage, creative and performing arts, sport and recreation, and gambling.

The figures cover the period of the 2014 Federal budget, which cut funding of the arts by $87.1 million over four years but do not incorporate changes introduced in the 2015 budget.

The survey found that incomes in creative and performing arts activities decreased 1.9% to $3,462 million in 2014/15.

The graph below shows the varying contribution of each group to Total income and expenses. 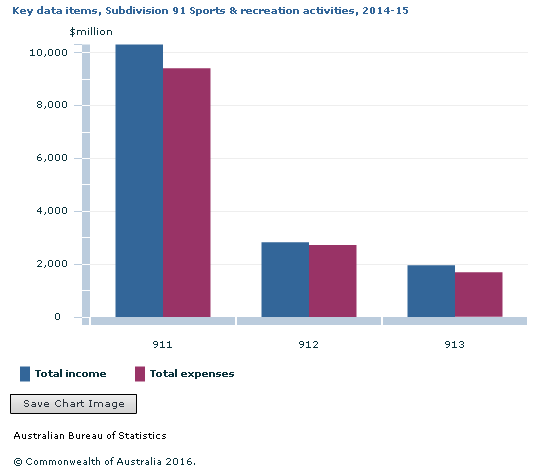 However, this figure contrasts with ABS data from 2011/12, released by the Australian Sports Commission in the Value of Sport, Australia, 2013 report, which showed that Australian sport employed about 134,000 Australians.

In addition, data released by Service Skills Australia in April last year showed that almost 96,000 people were employed in the fitness, recreation and sport sectors (sports and physical recreation activities), with employment growing by 34% between 2006 and 2011.