About time for women in Australian sport 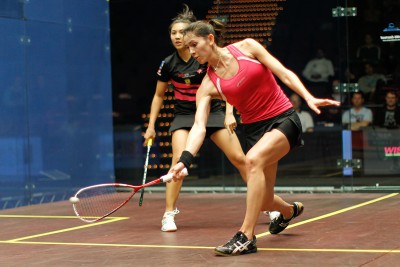 The Australian Government has finally tabled its response to the recommendations of the 2006 Senate report, About time! Women in sport and recreation in Australia.

The 2006 Senate Inquiry report outlined the importance of female participation in Australian sport at both grassroots and professional levels and although some of its recommendations have been implemented over the subsequent six years, its has taken until now, and the tenure of current Federal Sport Minister Kate Lundy, for a Government to formally emphasise the importance of encouraging more women and girls to become involved in Australian sport.

In response to the report the Government will implement a number of new initiatives, including:

• Establishing a new unit within the Australian Sports Commission (ASC) the unit will progress issues relating to women's participation and leadership in sport, and will provide commercial and business support;
• Working with sports media to grow the commercial profile of women's sport and improve the impact of Government's Women in Sport Media Grant; and
• Creating a new Prime Minister's Award for Sporting Excellence in partnership with Australian Women's Health magazine to recognise Australian sportswomen who make major contributions to the Australian community.

Explaining the intitiatives Senator Lundy stated "while data from the Australian Bureau of Statistics reveals a slight increase in the number of women and girls taking part in sport and physical activity over the past ten years, the report confirms there are further opportunities to promote female participation in sport.

"Women succeed and play vital roles at all levels of sport as players, volunteers, athletes, coaches and administrators. Yet the barriers identified by the Senate report still prevent many women from participating in sport.

"The report confirms that women and girls face unique hurdles to continued participation in sport, with fewer recreation and physical activity opportunities due to social stereotyping, body image, a lack of role models, and family and time constraints."

"The Government's response to the report, and the practical initiatives I have announced ... , are an important step towards equal participation and recognition for women in sport."

Netball Australia has welcomed Senator Lundy's actions with Chief Executive Kate Palmer stating " these initiatives that will provide greater opportunities for women and girls to participate in sport and active recreation."

A copy of the Australian Government's response to the report is available at http://www.regional.gov.au/sport/resources/reports/index.aspx