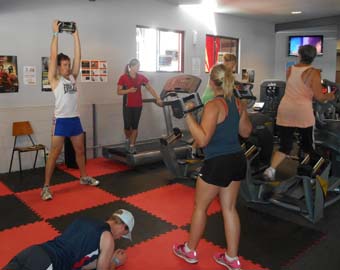 The ABC's Four Corners has reported on how the Victorian city of Ararat is slowly winning the battle with obesity.

In the wake of Channel Ten's The Biggest Loser focussing on obesity issues in the town earlier this year, a groundbreaking public health campaign has set about targeting education and physical activity. The campaign has seen Ararat go from being one of the fattest towns in Australia to now being close to the national average.

Explaining that the campaign has lessons for all of Australia, Ararat Rural City Council Community Development & Client Services Manager Angela Hunt told the ABC "we have put a lot of effort into activity, physical activity ... now we are getting some gains there we have to keep going. We also have to put some focus on nutrition."

The ABC report that, for 40 years Australia has faced a weight and obesity epidemic, countered by public health campaigns like the Life Be In It ads of the 1970s. But in that time the obesity rates in Australia have doubled, and look likely to keep rising.

It is estimated that within 10 years, 70% of all adult Australians will be overweight or obese, according to a recent report for the Federal Department of Health by PricewaterhouseCoopers.

There are massive associated health and welfare costs as a result of this epidemic.

The projected cost of treating associated diseases, like cardiovascular disease, Type 2 diabetes and cancer, is $115 billion a year. 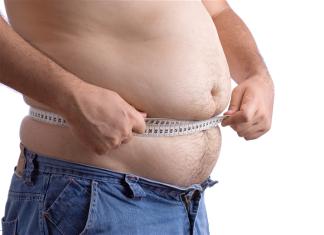 Nutritionist Rosemary Stanton says the cause of obesity is well known, stating "basically we're eating more food than we used to eat and we're less active than we used to be."

That has been known for a long time – in a Four Corners episode broadcast nearly 35 years ago, the Australian Consumers Association's then-chief Alan Asher clearly stated the problem.

Stanton added "the reason that so many Australians are overweight is that we eat too much. And the food that we do eat is too rich in energy.

There are powerful forces at work which do not want this to change, and the fast food and processed food industry is the multi-billion-dollar benefactor.

This year's Federal Budget also contained cuts to funding for preventative measures against diseases that result from obesity.

Ararat has shown that exercise can be effective in reducing weight, but ultimately its impact is limited without greater emphasis also being given to diet.

In modern Australia, that pits each person's human nature against a multi-billion-dollar industry with a massive advertising budget.

That current battle in the war against obesity is being fought out in the areas of labelling and marketing, with Governments preferring a regime based on self-regulation.

30 years ago it was compulsory seatbelt wearing and then breath-testing; 10 years ago changes to smoking regulations were brought in – all of which have saved thousands of lives. Now unhealthy food is in the sights of the public health campaigners

Ararat and The Biggest Loser
Last year the producers of The Biggest Loser chose to film a series based in Ararat based on population survey data thatidentified it as one of Australia's fattest communities.

The arrival of The Biggest Loser had an extraordinary effect. Not just the contestants, but the whole town – indeed the whole region – lost a dramatic amount of weight.

Over one six-month period Ararat achieved an average body mass index (BMI) better than the national average. However, the success was short-lived and waned after The Biggest Loser left.

So the local Ararat Council and former contestants got together to try to make the improvements permanent.

When the BMI data was last collected in June, Ararat was again heading in the right direction.

Ararat's transformation proves the crucial importance of our food environment and our communities in our nation's battle with the bulge.

The Biggest Loser is entertainment first. The show selected 14 contestants from Ararat to compete against each other for a weight loss prize.

The community got behind the competitors by losing weight themselves and raising winnings from the show's producers.

More than $140,000 was raised for Ararat. The contestants along with the local council formed a Kitty Committee to find ways to spend the cash to benefit the whole community.

The winners were announced on Saturday and will be revealed on Four Corners last night.

Fat Chance was broadcast on the ABC on the evening of Monday 13th October 2014. Click here to view the Four Corners website.

Top image shows fitness activities at the YMCA Ararat. The facility was widely used by The Biggest Loser and has subsequently worked with contestants and the wider community on their ongoing activity programs.